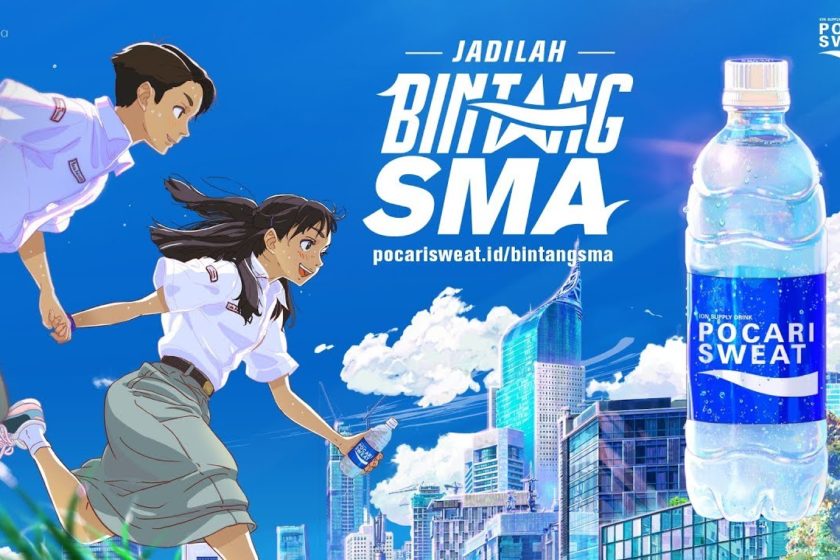 Illustrator and director Yoshitoshi Shinomiya has created a new anime ad to promote the Pocari Sweat sports drink in Indonesia. The drink is popular in the country, especially during Ramadan and during the onset of dengue fever. Shinomiya directed, storyboarded, and animated the ad.

The story follows two students, Ayu and Reza. Ayu lives in Bali and Reza lives in Jakarta. They both want to achieve their dream of participating at Bintang High School, a real talent competition to select the next star of a Pocari Sweat ad.

The ad’s song is performed by the Japanese band Sukima Switch. The anime was produced at studio MAPPA and CLAP. Shinomiya appeared in a second video showing his animation process for the advertisement.

Pocari Sweat previously teamed up with Cells at Work! for an ad campaign.

Shinomiya has worked several times with director Makoto Shinkai including as a technical director on your name. and illustrating the posters for The Garden of Words. He helmed a collaborative project that included a short anime that focused on the history of Shibuya Crossing last year.