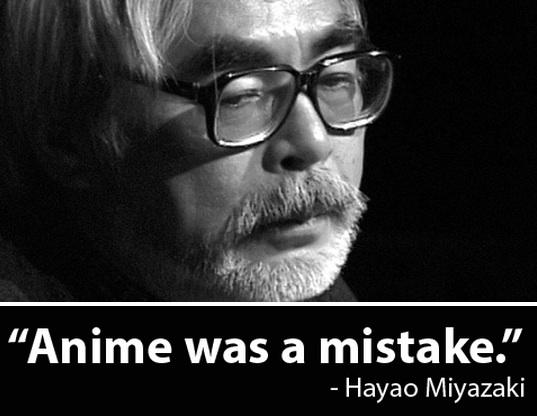 The world of Japanese anime is a wide and varied one, covering all sorts of genres like action, comedy, drama, fantasy, and adventure. One particular subset of anime, however, is so revered it appears to stand in a genre all of its own, and that’s the roster of films produced by internationally acclaimed Studio Ghibli.

The Japanese animation studio, which was first founded in 1985, has produced some of the biggest box office hits this century, with their 2001 film Spirited Away winning the Academy Award for Best Animated Feature in 2003, becoming the only Japanese anime to ever receive the title, and ranking as the country’s highest-grossing theatrical feature of all time.

Unlike a lot of other locally produced anime, the ones produced by Studio Ghibli appear to have a universal appeal that resonates with even non-anime fans in other countries. However, there’s one particular type of audience that’s been known to regularly watch other types of local anime over those created by internationally lauded Studio Ghibli, and that’s anime otaku, or anime “geeks”, in Japan.

While different types of anime otaku exist, the archetype is usually drawn to animated films and stories more geared towards the Japanese market, often centering around the “moe” style that has become fairly mainstream in the anime subculture. 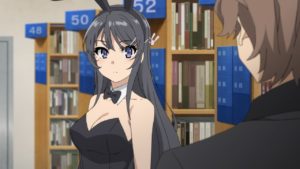 It’s a style of anime that looks and feels different to a Studio Ghibli film, and the stark contrast between the two recently became a topic of interest for a Japanese VTbuer called Yuki.

“I reckon the main reason why Ghibli anime heroines aren’t very popular with otaku is because they’re strong and independent.”

Otaku from all around the country were quick to respond, leaving comments from both sides of the fence.

“I don’t care about strength. I like girls who are cute and kind.”
“It’s not because they’re strong, it’s because Ghibli’s female characters just aren’t cute.”
“I don’t dislike Ghibli heroines, and I don’t dislike independent, strong women.”
“I think you’re just thinking about extreme otaku geeks with this statement.”
“You’re discriminating against otaku – we don’t all like cutesy moe-style characters!”

It’s true not all otaku are made alike, and what floats the boat of one may not do as much for another. However, it’s interesting to note that even the director and co-founder of Studio Ghibli, Hayao Miyazaki, has condemned the way most anime girls don’t reflect real life, saying:

“Almost all Japanese animation is produced with hardly any basis taken from observing real people, you know. It’s produced by humans who can’t stand looking at other humans. And that’s why the industry is full of otaku!”

So not only are otaku said to dislike the strength and independence displayed by Ghibli heroines, they can’t stand looking at other humans in the real world too?

That’s a harsh summary, particularly when you consider that Miyazaki drew Nausicaä from Nausicaä of the Valley of the Wind with big breasts to comfort people before they die.

Miyazaki: They’re not big just so that she’d be able to nurse her children, and she doesn’t have them to attract guys. When the castle guards and old woman die, Nausicaa holds them as they pass away, so that’s why she has them. They have to be big.

Miyazaki: You see, when they’re held to her chest, it puts them at ease before death, so I think she had to have breasts that size.”

Where do you stand on the debate? Personally, I think it’s very much possible to appreciate Studio Ghibli’s heroines while still being a fan of the “moe” archetype we see in anime nowadays. And not all fans of mainstream anime are misogynists that hate the idea of women being independent.