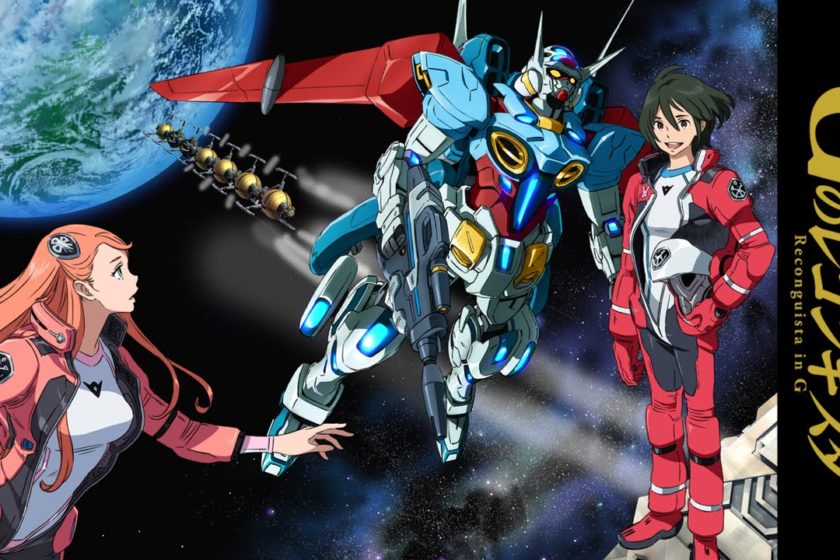 Mobile Suit Gundam creator Yoshiyuki Tomino has been very outspoken in the lead up to the release of the first Gundam: Reconguista in G compilation film on November 29. In an interview with Japan’s Weekly Playboy magazine, he spoke about his aspirations for Gundam: Reconguista in G. One particularly standout comment came out regarding Kyoto Animation and Makoto Shinkai works.

Tomino said that he created Gundam: Reconguista in G to resemble the anime he used to watch as a child. However, these kinds of works have been superseded by Kyoto Animation and Shinkai works. When asked what he thought of Kyoto Animation and Shinkai anime, he said, “I see them as my rivals. From my generation’s perspective, you don’t have to go out of your way to make an anime that feels like an introspective novel (‘I novel’).” He then went on to describe Shinkai’s works as “stories about a boy and a girl who are always stretching out their hands towards each other,” and said, “And yet the boy’s hand never reaches the girl’s crotch.”

“Why do they never go any further?” Tomino went on. “I want him to make a story where they aren’t just satisfied with no physicality. Well, Shinkai is still a young director, so I suppose he can make films like that.”

It doesn’t seem like the Gundam: Reconguista in G film itself will have any steamy scenes, however. In another interview with the Mainichi Shimbun’s online publication Mantan-Web, Tomino said that it was “a film I want kids to see” and that “mothers and fathers will definitely not understand it.”

Gundam: Reconguista in G celebrated the Gundam franchise’s 35th anniversary, and marked the first return of franchise creator Yoshiyuki Tomino as chief director of an original Gundam series since Turn A Gundam. After a theatrical premiere of the first three episodes in August 2014, the anime premiered on Japanese television in October 2014. Gekijōban Gundam G no Reconguista I: Ike! Core Fighter (Go! Core Fighter), the first of the planned five compilation films for the anime, opened in Japan on November 29.