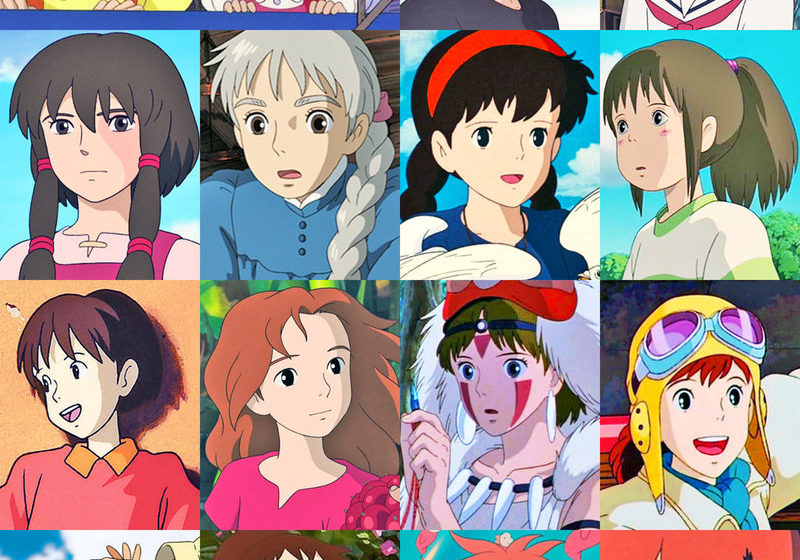 If there’s one thing Studio Ghibli’s films are known for, it’s their complex, strong and adorable female characters that captivate the hearts of fans around the world. But you may find yourself wondering, which ones do people like the most?

Futabanet Manga Plus asked 200 Japanese males between the age of 10-60 (yes, that’s how wide the age range is for Ghibli fans) who their favorite Ghibli girl is, and here are the results! 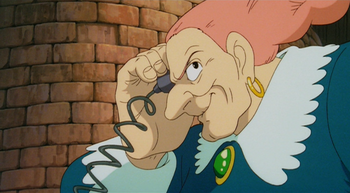 Dola, otherwise known as the captain of a band of air pirates in Laputa: Castle in the Sky, came in at ninth place. Though she initially comes off as bossy and a little selfish at first, she develops a soft spot for characters Sheeta and Pazu throughout the movie. Especially considering the fact she’s adored by her own sons, we can only assume that Dola’s popularity stems from her nurturing spirit.

Also coming in at ninth place was the protagonist of the 1990’s Studio Ghibli film, Whisper of the Heart. She’s portrayed as a teenage girl trying to make her way through high school entrance exams by reading, writing lyrics, and even penning a novel. It was probably her daydreamy personality and occasional bouts of irritation that won so many hearts.

Who doesn’t love this adorable magical fish? Her curious and bubbly personality is highlighted by her very child-like tendency to fall asleep (even while eating) when she’s used too much of her magic. Her happy and sweet nature win over not just the somewhat ordinary characters in the movie, but also those watching her on the silver screen. 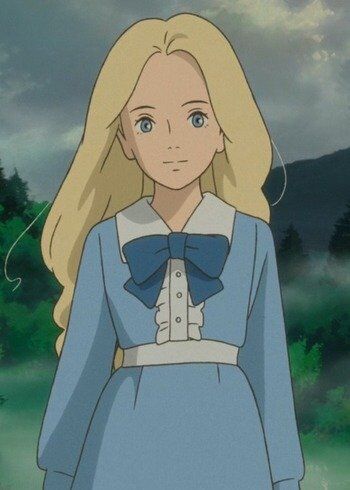 Marnie is the beautiful and mysterious teen around which this story’s plot is centered. Her long blond hair and signature frilly clothes lend her an Alice in Wonderland-esque air; that, paired with her somewhat tragic backstory (no spoilers!) was apparently enchanting enough to win her more popularity than the main protagonist, Anna. 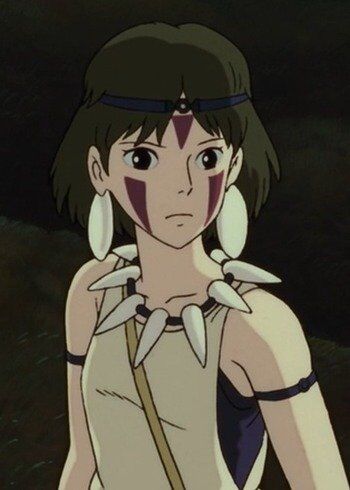 Strong, fearless, protective, and cosplayed by many, San has been a favorite of Ghibli fans since its release, regardless of viewer gender. She was raised by wolves and acts like one too, as she considers the forest that she grew up in to be her home. Despite her mistrust of most, though, she becomes protective and attached to main character Ashitaka, lending him a helping hand when he’s down. 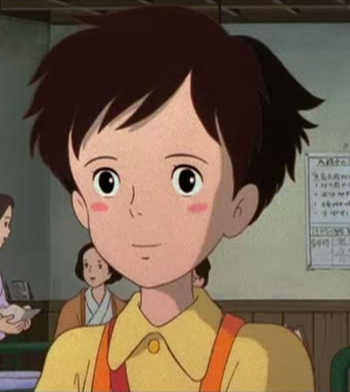 While many viewers will remember the younger Kusakabe sister, Mei, it seems as though Japanese men prefer the characterization of the older sister, Satsuki. She’s a typical older sister: energetic (though not as much as Mei), sometimes irritated at her little sister, yet still diligent in looking after her despite their difficult home situation.

We can understand why this adventurous main character broke into the Top 5. Kiki the Witch is not only great at talking to people (and her cat, Gigi), she’s also independent and generous. Though she struggles at first with fitting in with the crowd in the town she settles down in, her brave heart and diligence eventually win everyone over, including viewers.

Sheeta is the second Laputa character to make the list, and we’re not surprised. This quiet and polite orphaned farm girl may seem reserved in comparison to her boisterous companion Pazu, but that doesn’t stop her from having the spunk and strength to save her kingdom. Perhaps it’s her cute-yet-plain appearance, juxtaposed with her illustrious background (again, no spoilers!) that enchants so many.

Chihiro is another female lead that shows some serious strength of heart, but only after many inner and outer struggles. After getting sidetracked from moving into her new home, Chihiro is separated from her parents in a spirit-filled world and is forced to adapt to a harsh environment in order to get back to where she belongs. Her character transformation from (for lack of a better term) brat to brave heroine is likely what landed her second place.

You’re probably not surprised that Nausicaä topped this list, earning almost 29 percent of total votes. She has super awesome psychic powers, a royal background, a cool outfit, a kind and loyal personality, and is skilled at using her glider. Basically, she’s got it all. If there was a Miss Studio Ghibli pageant, she’d probably win.

That rounds up the list of the top 10 most popular Studio Ghibli female characters, according to Japanese men. Whether you agree or disagree with the ranking, we want to hear your thoughts! Who would win the Miss Studio Ghibli award in your book?

Source: Futabanet Manga Plus via My Game News Flash