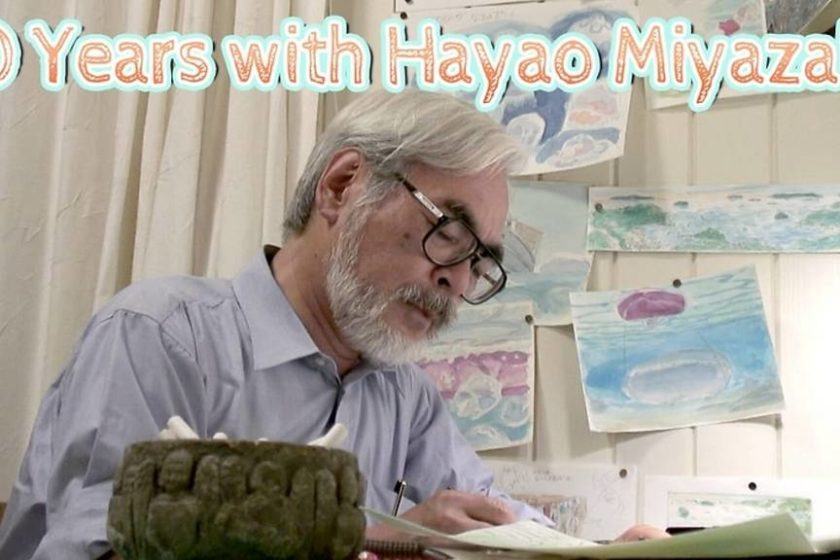 An exclusive, behind-the-scenes look at the genius of Japan’s foremost living film director, Hayao Miyazaki — creator of some of the world’s most iconic and enduring anime feature films. Miyazaki allowed a single documentary filmmaker to shadow him at work, as he dreamed up characters and plot lines for what would become his 2008 blockbuster, “Ponyo on the Cliff by the Sea.” Miyazaki explores the limits of his physical ability and imagination to conjure up memorable protagonists.

NHK aired a separate documentary on Miyazaki titled Never-Ending Man: Hayao Miyazaki (Owaranai Hito Miyazaki Hayao) in 2016, and the NHK World website debuted the documentary with English subtitles in 2017. The Japan Society screened the special in New York in September 2017. GKIDS licensed the documentary and screened it in theaters in 2018.

Miyazaki is now directing his next feature film, Kimi-tachi wa Dō Ikiru ka (How Do You Live?). Studio Ghibli producer Toshio Suzuki reported that the film was about 15% complete at the end of October last year, after three and a half years of production.