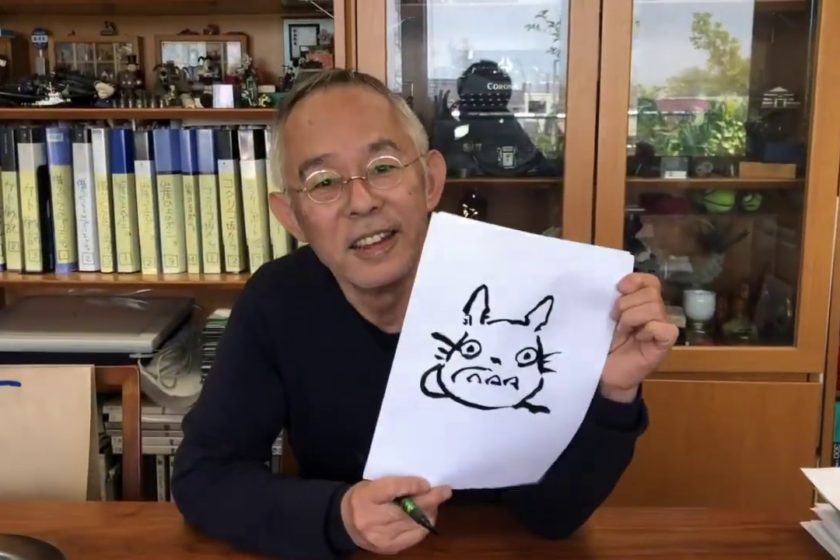 Fans of Studio Ghibli will be delighted to catch Nagoya City Board of Education’s latest video upload. The short video clip encourages those stuck at home to take a stab at drawing one of Ghibli’s most iconic characters.

In this video, Toshio Suzuki, producer and one of the co-founders of Studio Ghibli, is teaching us how to draw Japan’s favourite character – Totoro! Specifically, Chū-Totoro, the smaller and blue one.

The instructions are all in Japanese, but the key to illustrating the cute rabbit creature, according to Suzuki-san, is to draw his eyes far apart:

“Have you all been keeping well? I’m going to teach you how to draw Totoro! OK?” he says in the video. “Here comes the most important part. With the eyes, draw them far apart. This is most important.”

Suzuki is one of the co-founders of Studio Ghibli, along with Hayao Miyazaki, Isao Takahata and Yasuyo Tokuma. The illustrator and producer has worked on every major Studio Ghibli film, including ‘Kiki’s Delivery Service’, ‘Princess Mononoke’, and of course, ‘My Neighbour Totoro’. In fact, both he and Miyazaki were nominated for an Academy Award in the Best Animated Feature category for the 2013 animation ‘The Wind Rises.’