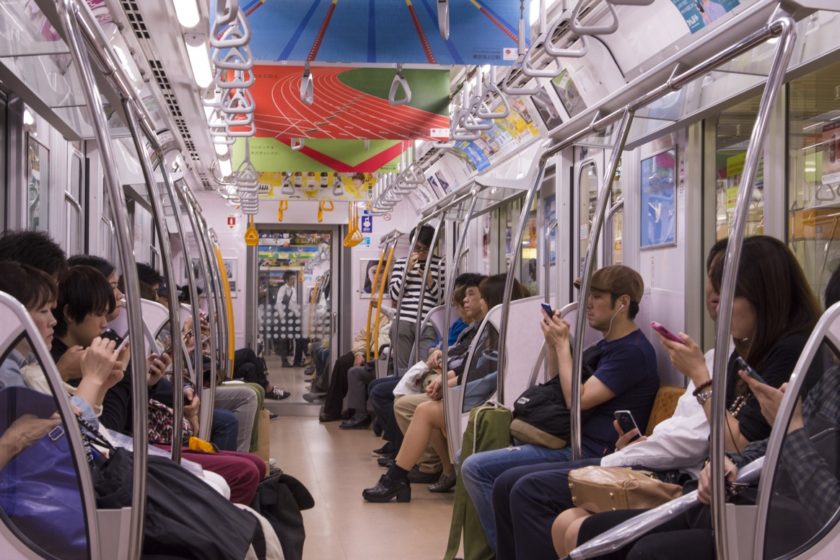 Love them or hate them, mobile games have been on the rise this decade with the advent of the smartphone. Japanese gamers, in particular, are pretty serious about them. Gone are the days where mobile games are just simple ones about snakes avoiding obstacles or hurling birds into holed-up pigs; in Japan, mobile games are either often based off existing famous intellectual properties (IPs) like anime or manga (I swear, if there ever is a game with Totoro in it…), or involving famous developers in the mainstream video game industry. Even industry veterans like Square-Enix and Nintendo have dabbled in the mobile gaming market, with relatively high levels of success.

Just looking at the numbers alone, according to the 2018 Global Games Market Report, 67.6 million players in Japan will spend 19.2 billion USD in 2018, which makes it the 3rd largest gaming market in the world.

However, just like every big, lucrative industry that exists out there, there’s always a not so pretty (albeit morbidly interesting) side to it, and Japan’s smartphone gaming is definitely no exception. Let’s take a look at two interesting incidents that prove just that:

Granblue Fantasy (or GBF in short), the game in question here, is one of the industry leaders in Japan. With art by renowned Final Fantasy artist Hideo Minaba, and a plethora of well-known seiyuus voicing its many characters, GBF was pretty much set on dominating the mobile gaming industry, both inside and out of Japan. Basically, you play as an adventurer who travels in a huge ship that can zoom across the sky, fighting baddies and making new friends along the way.

One of the main features of GBF in particular is the ‘gacha system’, a very common sight in the many free-to-play mobile games in Japan and beyond. Basically, players spend in-game currency to unlock characters, weapons, etc. And you guessed it, just like the real world counterpart, you can spend real money too to test your luck. Now combine a dedicated player base, a very rare and adorable female character unlock, and a New Year promotion that doubled the chance of unlocking rare characters like her.

There you have it: a recipe for massive profits and player debt. And that’s exactly what happened to a Granblue Fantasy player going by the name of ‘Taste’.

Taste’s attempts to get the character were recorded on stream, and after blowing six grand straight, he finally got his hands on the elusive character, along with a huge hole in his wallet. Take a look for yourself – you can tell the moment when he does manage to get her by how the chat suddenly erupts.

For better or worse, Taste wasn’t alone in this situation. Him and a bunch of disgruntled players demanded that the developers, Cygames, compensate them for the falsely advertised increased rates. Surprisingly, they got issued with refunds and an apology, and this incident even resulted in the implementation of a safety net where all players are guaranteed the character they want after 300 summons, or essentially $800.

This resolution might sound kind of fine and dandy, but if anything, this safeguard may in fact incentivise more people to blow their money on the game, since they know that at some point they’ll get what they want – even if that point is after a few hundred dollars. More regulation has been suggested, but it’s less than clear how that would stop players racking up huge credit card bills, especially over multiple games. And well, any game developer worth their salt would be less than willing to cut back on their manipulative mechanics if it means making more money in their free-to-play games.

Let’s face it: couples are bound to fight at some point. Especially when one of them starts to commit their time on something else but their partner; whether it’s work, a hobby, their pet…

Ladies and gentlemen, allow me to bring you the comic tragedy of a couple in Japan whose relationship ended up in the toilet (literally, as you’ll see in a bit), all over a mobile game.

Puzzle & Dragons, despite its simplistic and almost corny title, is one of the top-grossing mobile games in Japan. It even has a collaboration with Final Fantasy, among other famous IPs. Simply put, its a puzzle game (duh.) with role-playing and collection elements in it. And yes, with the word collections comes the word gacha.

But no, it wasn’t ridiculous credit card bills or a livestream of throwing your money away (ahem) that made the couple in question fall apart. TL;DR, the jealous girlfriend of this story just couldn’t handle her boyfriend paying so much attention to something other than her when in her company, so while he was in the bathroom, she secretly deleted Puzzles & Dragons from his phone.

My boyfriend’s addicted to Pazudora (Author’s note: what P&D is also known as), and he doesn’t even LIKE video games!

So, my boyfriend’s never been interested in games, but then a coworker convinced him to start playing. He’s mean with money, so I never expected he would spend money on micro-transactions or anything. He also gets bored with things easily, so I thought he would get sick of Pazudora straight away, too.

HOWEVER, one day we were out and he said “Get me this capsule toy”. So I got him the capsule toy, and it was like this yellow egg, and inside, was “Metatron”.

My boyfriend was like, “Oh, she’s a super strong monster” and seemed really happy with it. And so of course I was happy that he was happy… at the time I had no idea that Metatron would be the cause of our breakup…

So, one day, I deleted the game.

My boyfriend had started totally neglecting me, so a madness overtook me and my finger just slipped. He got up and went to the bathroom, and I took the opportunity to quickly uninstall Pazudora.

Uninstalling the app was surprisingly simple. It took less than 10 seconds.

When my boyfriend returned, I said, “Ta-da! Pazudora has been erased!” and his response was, “What? Why did you do that? I don’t get you at all! We’re finished!” Just like that, my boyfriend left my life, right before my eyes.

Of course, neglecting your own well-being by spending exorbitant amounts on mobile games is bad enough, but neglecting your loved ones is just as nasty. Nonetheless, messing with your SO’s phone is just as uncalled for, too. If anything, this situation just highlights the importance of open, honest communication over issues, no matter how much of a sore spot they may be.

Whether these tales made you laugh over how ridiculous they seemed, they’re still very much real scenarios that could be happening all around you too, for all you know. I mean, even people outside of Japan are playing these Japanese mobile games. What do you personally feel about their rise as of late?

And well, on a side note, do keep your eyes peeled while using your phone on their trains in Japan… or when being near people using them. I mean, you never know.