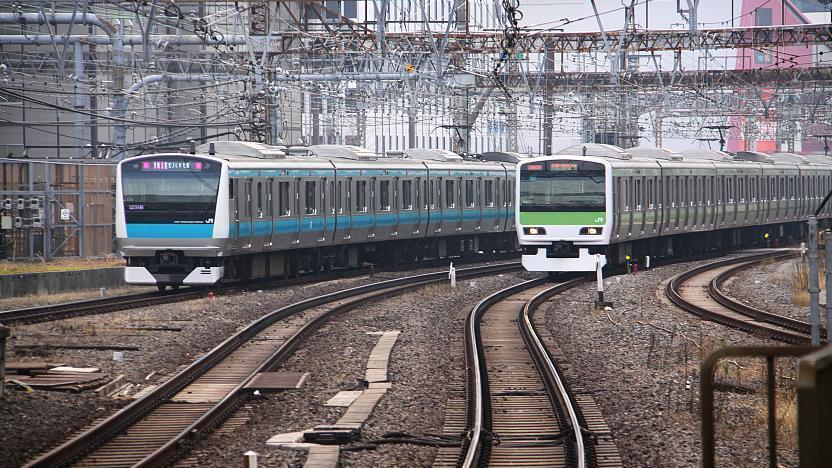 If there’s one thing everybody knows and fawns over about Japan, it’s their trains. They’re renowned all across the globe for their cleanliness, safety and punctuality, among other things. However, that isn’t to say that everything about them is squeaky clean: one quick search reveals a fair share of weird and slightly distressing stories aboard them, involving the crew and passengers alike.

1. Woman Breaks into Train Cabin with a Key from an Auction

Online shopping and bidding is an amazing thing, really. It’s probably the future for many transactions as you can get your hands on things you probably wouldn’t find anywhere else. And for a certain 22-year-old train enthusiast, she literally got her hands on a key to much more for her hobby from an online auction.

On 8 July, at around 11:20 p.m, this female passenger used a key to unlock the door to the crew members’ cabin on a train running on the Joban Line. Subsequently, she began to fiddle with things like the windscreen wipers and even stole a train ID number sign by hiding it in her trousers. Talk about dedication.

Had it not been for a security camera recording the incident from inside the cabin, she probably would have continued her spree on more trains. The footage was used to identify this crazed fan, and she was subsequently arrested and sent to jail for her heist.

According to netizens, things like keys and other train parts have been sold online for quite some time, and its suspected that it could be the rail staff themselves peddling them on the side for some extra cash.

2. Man Makes a Run for it After Filming a Lady’s Skirt… Across the Train Tracks

Nothing beats starting your Tuesday morning with an adrenaline rush from secretly filming a woman and then making your great escape across the busy railway tracks of Tokyo, doesn’t it?

No, this isn’t a story out from your typical trashy anime. This actually happened.

On 9 October in the morning, a 45-year-old man made a bad life decision of stopping short of upskirt photography and elected to film a 29-year-old woman’s rear, which is still just as messed up anyway. Thankfully, justice prevailed and the woman managed to catch him in the act. She proceeded to inform a station attendant when he got off at JR Shinjuku station.

His solution? To flee by running across the tracks of the busiest train station in all of Japan. Take a look.

Of course, this man’s rather comical solution failed, as the police nabbed him around half an hour later in the Shinjuku neighborhood. I mean, it’s not like he could have boarded another train to get out of the area, anyway. Right?

3. Sleeping Woman Gets Struck by the Phone of Her Very Angry Pillow

Ah, the quintessential problem of taking a snooze aboard the train… or being the one who people take siestas on. Japan’s definitely no exception, given that the trains are pretty crowded and you’re bound to be sitting next to someone who so happens to have burnt the midnight oil doing work or catching up on the latest season of their favorite anime. I’m personally guilty of the latter.

Of course, it isn’t exactly the best thing to be the pillow in any case, but considering how inadvertent it is, most people wouldn’t lose their marbles over it, right? Well, unfortunately for us snoozers, the Internet has revealed an exception, and maybe you’d think twice about getting some shuteye after taking a look at this.

Ouch. Talk about a mean hit.

As seen in the video, the poor lady tries to make sense of what had just happened as the honorable perpetrator proceeds to hide his weapon back inside his back. And according to the Twitter user @SakuradaPC, this was the fourth time the man struck the sleepy victim. We don’t know what really happened to this poor excuse of a businessman after he was caught on film, but hopefully he got his just desserts at some point in his miserable life.

These three stories only serve as a mere glimpse into the whole nasty situation aboard Japanese trains. Stories of men harassing women, for instance, are plenty, to the point of even having female-only cabins on the trains, along with many more other despicable acts that unfortunately never saw the light of day.

Nonetheless, the train network continues to serve as the lifeblood of Japanese society, and with a dose of cautious optimism, I do believe there is much more to be praised about it rather than condemned.