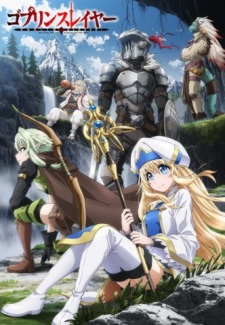 Anime of 2018 has seen a new entry into the Hall of Darkness.

Enter Goblin Slayer an RPG-esque story similar to Rising of the Shield Hero or How Not to Summon a Demon Lord. However, unlike the two titles mentioned earlier, this particular title does not involve crossing of worlds.

“Goblin Slayer is a Japanese dark fantasy light novel series written by Kumo Kagyu and illustrated by Noboru Kannatuki. A manga adaptation by Kōsuke Kurose is serialized in the Monthly Big Gangan magazine, and a second adaptation by Masahiro Ikeno runs in the same magazine. A prequel manga by Kento Eida runs in Young Gangan. Both the novels and the manga adaptations have been licensed by North American publisher Yen Press. Three audio drama CDs have been released, bundled with the fourth, sixth, seventh, and eighth light novels. An anime television series adaptation by White Fox premiered on October 7, 2018.” (Taken from Wikipedia)

For most part, Goblin Slayer is a pretty decent show. The fights are well animated, the animation itself is pretty decent in comparison to other similar titles. However, because of this some less gutsy viewers might be unable to stomach some scenes which involve a certain degree of violence.

In this first episode, we see a party of rookie adventurers, who’s party leader is confident he can take out a few goblins. Unfortunately for them, the entire party is mobbed and subsequently wiped out with some of them being taken further in to the cave.

Enter the Goblin Slayer at the Critical Moment, who proceeds to make quick work of the Goblins within the cave with some help from the Priestess.

The show has potential. However, it is still too early to say that it is a good show due to the limited number of episodes.

Nevertheless, I will wait with much excitement for this series to be completed so that I may binge watch and give you a full in depth review.

Meanwhile, the Manga is also quite good.