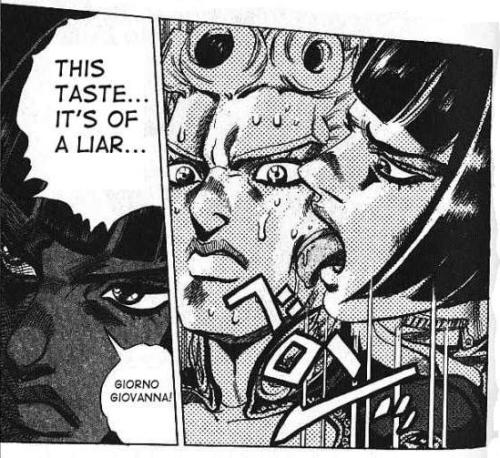 JoJo references – they’re almost everywhere on the internet and beyond. Sometimes explicit, sometimes only if you look really hard enough. Like really really hard.

That being said, have you ever known a die-hard fan of the series who decides to bring their references out of the screen and into the real world? Well, if you haven’t, meet this teacher from Takarazuka, Hyogo prefecture.

Teruki Suira, a 32-year-old teacher, had developed a particularly interesting method of checking the honesty of his students. Working at the Shinsei cram school in Takarazuka, Hyogo prefecture, on August 14, he allegedly told a 14-year-old male student that, “I can check if you’re lying by licking your ear.” And guess what? He then held the student by both shoulders and actually went ahead to do just that.

For all those who are out of the loop, this act bears a strong resemblance to an iconic scene from the JoJo’s Bizarre Adventure: Golden Wind, where the deuteragonist, Bruno Bucciarati, attempts to confirm the truth behind a claim made by Giorno Giovanna, the protagonist, by giving the latter a good old lick on the face.

Suira was arrested just a few days ago on November 1 by Takarazuka police officers, and gave a rather… bizarre statement as to why he did what he did:

“It is true that I licked him, but I did it as a way of guiding him along the right path.”

Well, good sir, we’ll find out in due time whether that student of yours is really going to become a Gang-Star when he does turn fifteen. It seems like life really does imitate art after all.