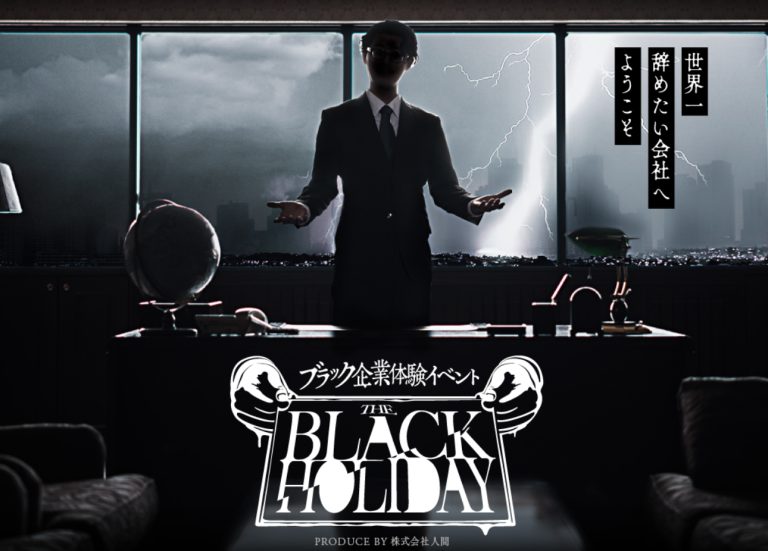 If there’s one thing Japan is infamous for, that would be karōshi (過労死), which can be translated literally as “overwork death” in Japanese.

Labor Day in Japan falls on Friday, November 23 this year, giving people across the country a much-needed three-day weekend to take a break. However, if you’ve somehow developed the morbid curiosity to find out how it’s like to push yourself to the edge at work, a fictional company called “Super Miracle Happy Corporation” just so happens to be recruiting one-day slav- I mean, employees to work in its temporary office in Shinjuku, Tokyo, in an event they call “Black Holiday” on Friday, November 23.

As stated in the ad on their website, the company is looking for people who “have stamina, endurance, and never complain.” Uh-oh.

The “staff” of Super Miracle Happy are actually actors from an acting troupe called Kodomo Kyoujin, who are basing their performances on true stories from people who have worked in Japanese companies that have actually done some pretty nasty things to their employees.

While participating in this event might seem masochistic, there’s actually some good intentions behind this. Apart from raising awareness of overworking to the general public, the organizers hope that this event will encourage employers, executives and other higher-ups to empathize with the plight of their subordinates, as well as give those employees who are suffering but hesitant to quit a much needed nudge in the right direction to start looking for a better place to work in.

Super Miracle Happy is looking for a total of 30 employees to work two shift, one starting at 1 p.m., and the other at 6 p.m. Each session is scheduled to last about 90 minutes, but, in keeping with “standard operating procedure” (ahem), unannounced overtime is possible. And obviously, you won’t get paid for the work you put in here. Have fun!