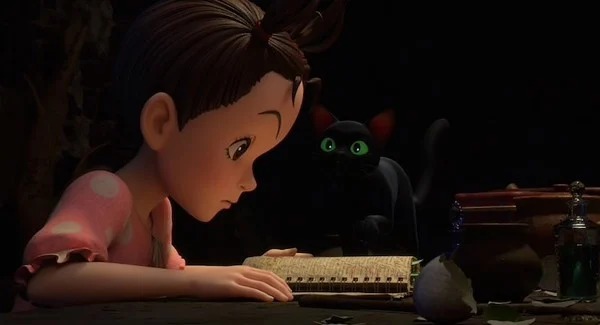 Earwig and the Witch (Aya and the Witch in Japan), the newest creation from Studio Ghibli directed by Gorō Miyazaki, has received a release date for its Blu-ray and digital in the West.

Earwig and the Witch will be released on digital platforms Mar. 23. A limited edition Steelbook and a Blu-ray/DVD combo is also currently available for preorder on the official GKIDS website and will be released on Apr. 6. The combo has exclusive content, including “behind-the-scenes interviews with director Goro Miyazaki, producer Toshio Suzuki and Japanese cast and crew, and feature-length storyboards.” Moreover, Earwig and the Witch will also have a theatrical release beginning Feb. 3 and will be available for streaming on HBO Max Feb. 5.

For those who are still not in the know, the upcoming Earwig and the Witch is based on a novel of the same name by British author Diana Wynne Jones, who also wrote the children’s novel Howl’s Moving Castle, which received a film adaptation by Studio Ghibli in 2004.

Will you be watching this film when it comes out? Let us know in the comments!