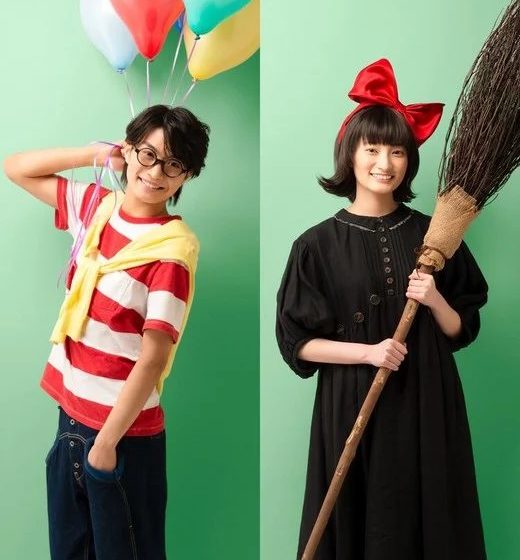 Kiki’s Delivery Service (Majo no Takkyūbin) is getting a new stage musical adaptation that will run in March and April!

What we know at the moment so far is that the play will run in Tokyo on March 25-28, in Nagoya on April 10-11, and in Osaka on April 15-18. Neo Inoue will play Kiki, and Yūto Nasu will play Tombo. You can see them in costume in the picture below, and they look amazing! It’s a shame that overseas fans won’t be able to enjoy this musical due to the pandemic at the moment, but one can hope that there will be another run when travelling to Japan becomes feasible in the future.