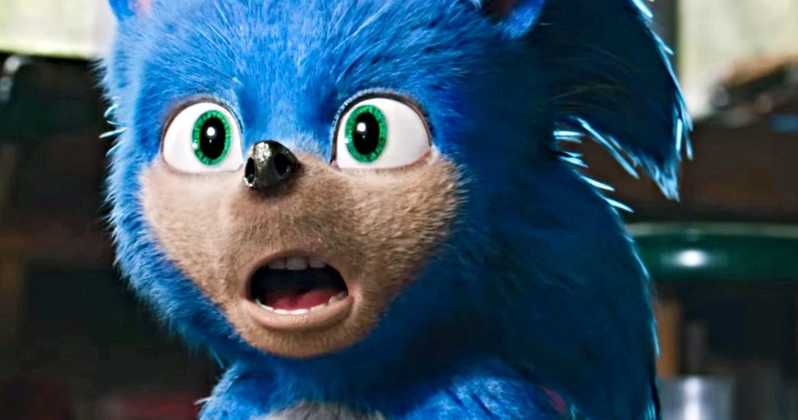 It’s been a rough week for Sega’s blue hedgehog. Paramount Pictures stood firm against fan concerns regarding Sonic the Hedgehog’s design as far back as December, but the film company finally faced the music after the film’s full trailer was ridiculed across the internet. An early leak of the design even “shocked” Sonic Team head and game programmer Yuji Naka himself, and he expressed concern that it could even damage the video game franchise’s brand.

Naka shared Fowler’s announcement about the design change while also thanking fans for sharing their opinions. He had previously expressed some remorse for Sonic’s design in the film due Marza Animation Planet’s involvement in the film. Marza, a wholly owned Sega Sammy Holdings subsidiary, previously produced the Captain Harlock CG-animated film. The studio was founded by Naka as Sega Visual Entertainment before changing its name to Marza Animation Planet in 2010.

While many seem grateful that the film’s team are going back to the drawing board, some are concerned that it will create a poor working situation for the film’s animation team. Paramount has not changed the film’s release date despite the promise to rework the lead character.

As an animator, I can safely say that anyone who thinks that remaking the Sonic model for the movie is easy doesn't know how long that can actually take (creating a new rig to match to model, weighting the rig with the skin, fine tuning the points of articulation, etc)

My team: so glad they're fixing Sonic, it's a small but good change!

Me, the only animator: It's gonna require ridiculous overtime and stress for the artists that could've been avoided

Them: No it won't, all they have to do is this *show picture game Sonic*

There should be an animator's strike coming regarding the Sonic movie. This is an untenable amount of work expected to be completed in 6 months and unless massive, MASSIVE corners are cut this is gonna kill someone.

Even Detective Pikachu film director Rob Letterman weighed in on the situation in an interview with The Verge where he stated that he didn’t envy Fowler and Paramount’s situation. The director used his own CG-live-action hybrid film as an example.

“It would be very difficult for us to redesign anything. We spent a year designing all the characters ahead of shooting so that we could get it all right. If we were off by an inch on Pikachu, [actor] Justice Smith’s performance would go right out the window. For us, it would have been impossible — but that doesn’t mean they can’t do it. I wouldn’t want to be in their shoes — they’re in a difficult spot.”

The film will open in the U.S. on November 8. It will open in Australia on November 28 and in the United Kingdom on December 26. The film’s Japanese title is Sonic The Movie, and the Japanese opening date for the film is slated for December.