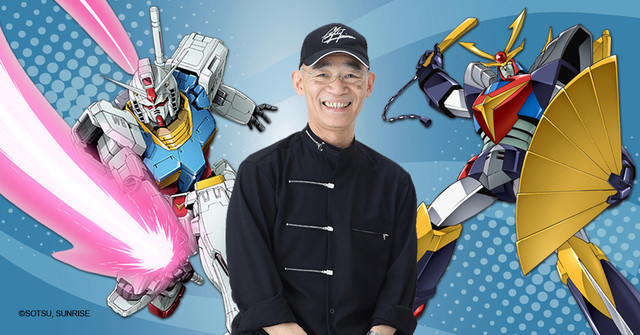 Mobile Suit Gundam director Yoshiyuki Tomino held a special lecture at Takarazuka University’s Tokyo campus on Sunday for students studying media and the arts. One of the subjects that came up during the lecture was the idea of comparing oneself to animation greats like Hayao Miyazaki and Isao Takahata.

He reminded the audience: “Anime is made as a team, and the people around you inform your work.” In other words, talent is not a zero-sum game. Tomino said that he was able to make works like Gundam because he met Miyazaki and Takahata.

In the same lecture, Tomino also brought up the 2018 CG animated film Spider-Man: Into the Spider-Verse, which Tomino described as “a really weird anime.”

In context, Tomino was describing the film’s experimental nature and the level of work that had been put into its craft. He described it as the result of what happens when “everyone puts their all into it.” He likened it to the work of modern digital animators in anime, who draw “flashy” action scenes as if to parade their skills, although Spider-Verse takes it to the next level.

Tomino said that he spent a week thinking about why the film won the Academy Award for Best Animated Feature. “At first glance, it looks like a live-action film, and it’s very experimental in various places. For American film goers, it may be their first time watching an animated film that isn’t expressly for kids. I won’t appraise the film’s quality, but on a technical level, I can see how much hard work the staff put into it.”

He said that it’s up to people working in anime to surpass Into the Spider-Verse and other high-profile films. “If you’re going to work in anime, that’s what I want you to outdo. I want you to keep that idea in mind, like, ‘I’m going to surpass Star Wars.’ I’d be very happy if you were to make something that could beat it.”