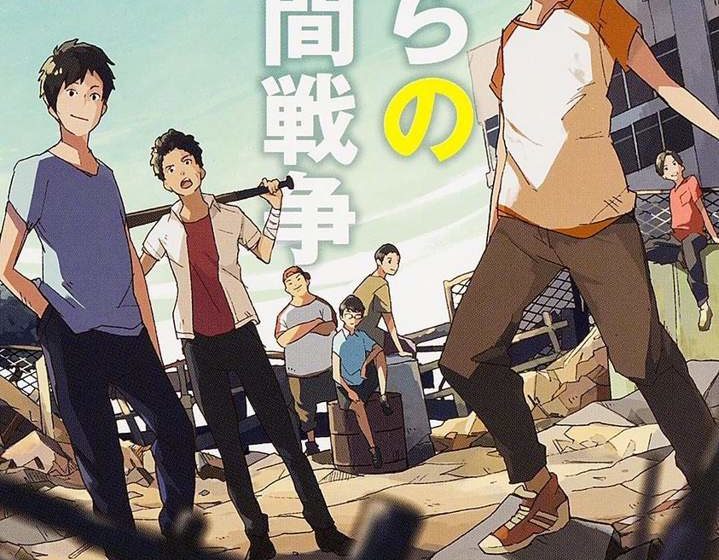 The official Twitter account for the anime film of novelist Osamu Sōda’s Bokura no Nanokakan Sensō (Seven Days War or Our Seven-Day War) novel began streaming a new trailer for the film on Thursday. The trailer reveals and previews the film’s theme song “Kessen Zenya” (Eve of Battle) by Sano Ibuki.

The site also revealed a new visual for the film. Actress Rie Miyazawa will also return from the original 1988 live-action film to play the character Hitomi Nakayama, the same character she played in the 1988 film as her major debut role.

The mystery story and social satire begins on the day before summer vacation, when every boy in a first-year class of a downtown Tokyo middle school disappears. Was it some accident? A mass kidnapping? Actually, the boys holed themselves up in an abandoned factory on the riverbed. With support from the schoolgirls, the boys start a revolution against the adults from this “liberation zone.” The new anime film shifts the settings to Hokkaido in the year 2020.

Kadokawa Shoten published the novel in April 1985, and the novel inspired a live-action film starring Rie Miyazawa in 1988. The novel also spawned a series of print sequels and spinoffs that has sold over 170 million copies and has added new volumes as recently as last year.