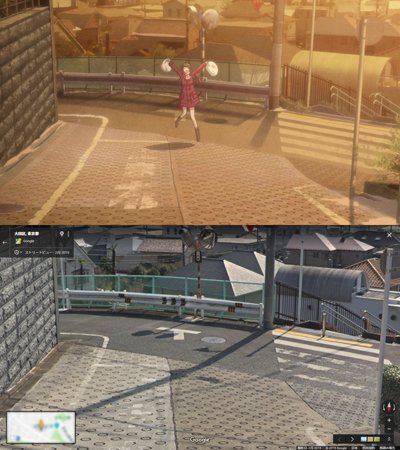 Over 31 million overseas visitors came to Japan in 2018. While these travelers have diverse interests in the Land of the Rising Sun, ranging from the traditional to the modern, undeniably a very large proportion of people around the world become interested in Japan through the forums of anime, manga, or video games.

Over the past several years it’s become increasingly popular for anime fans to want to journey to the real-world locations and buildings featured within their favorite shows (or which served as inspiration for the shows), making an anime pilgrimage of sorts. While these waves of fans may certainly bring in extra revenue to boost the local economy, an increasing number of tourists can also lead to instances of local residents’ daily lives being disrupted, resulting in what has been called “sightseeing pollution.”

As a solution to balance the interests of fans with those of locals, Japanese tour companies Otomo and Anime Tourism 88 have recently partnered to jointly develop official anime pilgrimage tours aimed at overseas visitors to Japan. Tours will commence next month beginning with three different anime series and plans for more have been announced as well. All tours will be privately led by specialists and cover both actual locations featured in the anime and other local spots of interest. As a bonus, participants will also receive exclusive anime goods throughout the tour.

The starting lineup of anime-themed tours is as follows:

This series’ coastal setting of Fujisawa City, Kanagawa Prefecture is a popular day trip destination from Tokyo. The anime also includes scenes from Enoshima, a small island linked to the mainland by a bridge.

Hyoka‘s fictional setting of Kamiyama City is based on original light novel author Honobu Yonezawa’s real hometown of Takayama City in Gifu Prefecture. Kamiyama High School is also based on Hida High School, from which he graduated.

This series, which was one of Kyoto Animation‘s earliest hits both domestically and overseas, has continued to garner interest over ten years after it was initially released. Original light novel author Nagaru Tanigawa graduated from Kwansei Gakuin University in Nishinomiya City, Hyogo Prefecture and many of the anime background shots are exact replicas of real-life locations.

Logistical details about the tours will become available when the companies start taking reservations in October.