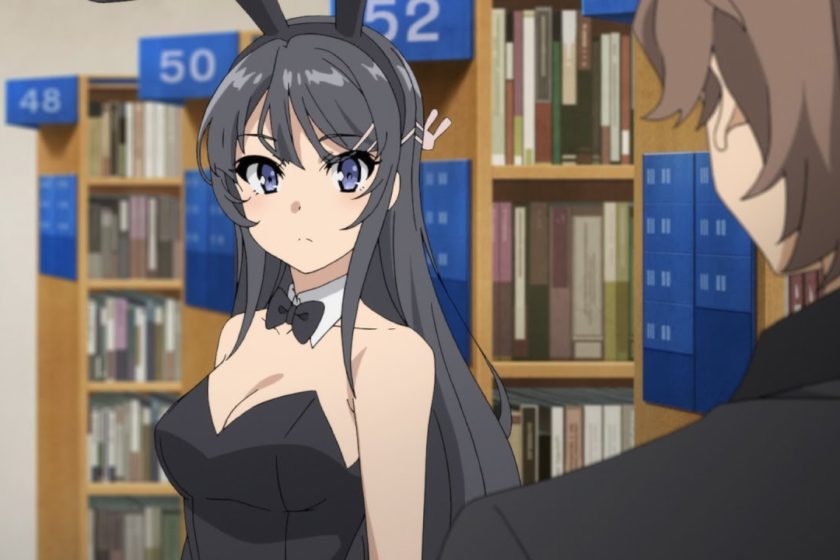 In commemoration, a second digital stamp rally will be held in Fujisawa from June 1 to July 31. Touring fans can stop by seven different spots in Fujisawa to hear information from Mai Sakurajima. After obtaining all the stamps, participants can head to the Fujisawa City Katase-Enoshima Tourist Information Center to get Mai’s official PR ambassador business card.

Rascal Does Not Dream of Bunny Girl Senpai centers on a rumor about a mysterious phenomenon called “puberty syndrome.” For example, Sakuta Azusagawa is a high school student who suddenly sees a bunny girl appear in front of him. The girl is Mai Sakurajima, Sakuta’s upperclassman and also a famous actress who has gone on hiatus from the entertainment industry. For some reason, the people around Mai cannot see her bunny-girl figure. Sakuta sets out to solve this mystery, and as he spends time with Mai, he learns her secret feelings. Other heroines who also have “puberty syndrome” start to appear in front of Sakuta.

Hajime Kamoshida’s Seishun Buta Yarō light novel series inspired a 13-episode anime series in 2018. The Rascal Does Not Dream of Dreaming Girl the Movie will open in theaters in Japan on June 15.