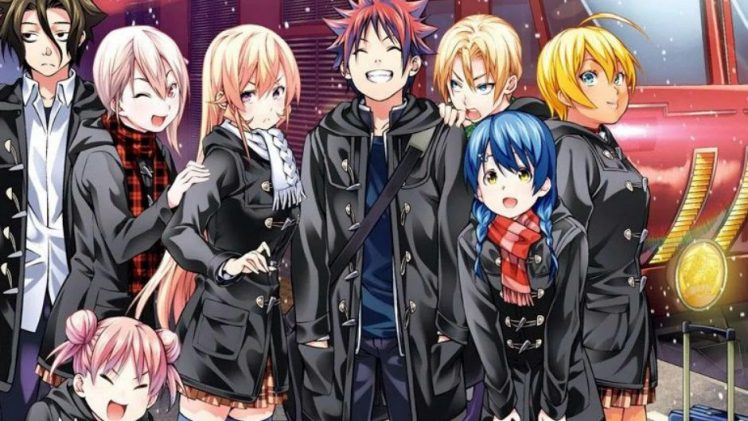 This year’s 27th issue of Shueisha’s Weekly Shonen Jump magazine revealed on Monday that Yūto Tsukuda and Shun Saeki’s Food Wars! Shokugeki no Soma manga will end in three chapters. Shueisha did not make it clear, but if there are no delays, the manga should end on June 17. The magazine also promises a “big announcement” for the manga on the same day the manga ends.

Viz Media releases the manga in English, and it describes the story:

Soma Yukihira’s old man runs a small family restaurant in the less savory end of town. Aiming to one day surpass his father’s culinary prowess, Soma hones his skills day in and day out until one day, out of the blue, his father decides to enroll Soma in a classy culinary school!
Can Soma really cut it in a place that prides itself on a 10 percent graduation rate? And can he convince the beautiful, domineering heiress to the school that he belongs there at all?!

The manga previously inspired three television anime series. The first anime season aired for 24 episodes from April to September 2015. Crunchyroll streamed the first anime adaptation as it aired in Japan, and Sentai Filmworks licensed the series for North America. Sentai Filmworks also licensed Food Wars! The Second Plate, the second anime season. The 13-episode series aired in July-September 2016, and Crunchyroll streamed the series as it aired. The third season, Food Wars! The Third Plate, premiered in October 2017, and the second half of the third season premiered in April 2018. Crunchyroll is exclusively streaming the third season.