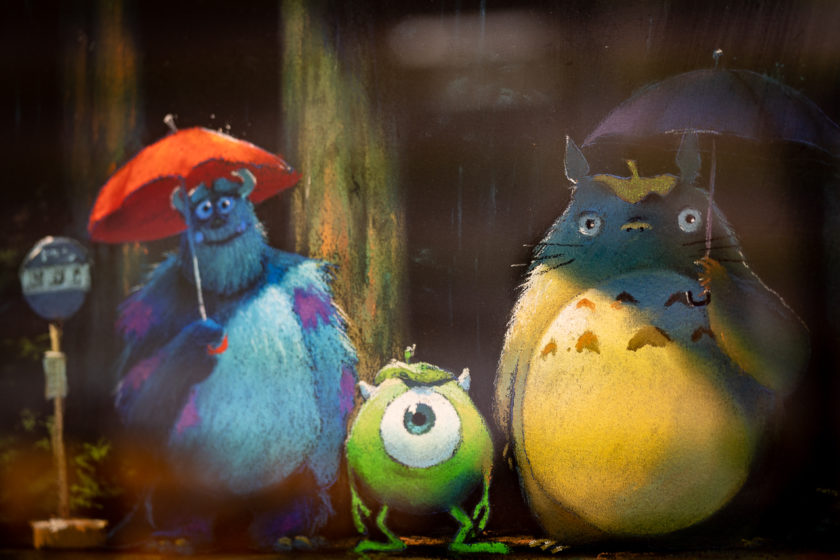 Studio Ghibli has just released an interesting image that has caused quite the stir online!

On the official Studio Ghibli Twitter account (which was just opened in December), the famous Japanese animation studio posted an artwork of Totoro from My Neighbor Totoro holding an umbrella…. except that some other familiar faces where next to him.

Yup, you aren’t seeing things: Totoro is standing right next to Mike Wazowski and Sulley from Pixar’s Monsters, Inc.!

Needless to say that image has gotten lots of attention, and fans have begun speculating whether this picture is hinting at a possible collaboration of some kind between Studio Ghibli and Pixar. The picture was not accompanied by any sort of caption, nor has Studio Ghibli followed up on that tweet, so the meaning of this tweet will probably remain a mystery… for now.