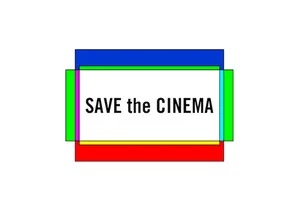 Japanese filmmakers, actors, and distributors have started an online campaign called #SaveTheCinema asking for government support due to the economic effects that COVID-19 is having on mini theaters and independent cinemas. An online petition on Change.org started on April 6, and has since accumulated roughly 50,000 signatures.

According to the English translation of the petition text, the cancellation or postponement of cultural events in Japan due to the spread of the new coronavirus (COVID-19) have caused “immense damage to the country’s art-house movie theater industry.” The campaigners forecast that without urgent financial support from the government, many cinemas will go bankrupt before summer.

The petition outlines its demands as follows:

The petitioners include the Independent Cinema Guild Japan, the Japan Community Cinema Center, and a number of film directors, actors, screenwriters, and other individuals involved in the film industry.

On April 6, Japanese lawmakers approved a 108 trillion yen (US$990 billion) stimulus package directed at households and businesses that are facing loss of income due to the disruption of economic activities. Subsidies of up to 2 million yen will be provided to small and medium-sized businesses that have suffered a significant loss of revenue.

The Eiga.com website stated last week that the box office results of the week’s top 10 films were down about 63% to 75% from the previous week. Box office performance was down 90% compared to the same period last year, which had such films as Doraemon the Movie: Nobita’s Chronicle of the Moon Exploration, Dumbo, and Tonde Saitama.

Many Tokyo theaters were not open for the past weekends, following Tokyo Governor Yuriko Koike’s call for Tokyo residents to stay at home and avoid going out on the weekends. Many theaters outside of Tokyo still operated. Tokyo, as well as six other prefectures, are now facing a declaration of a state of emergency that is planned to last a month.