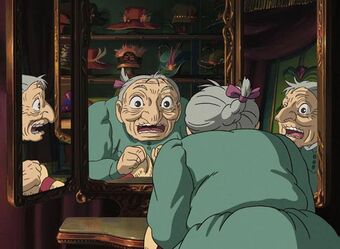 Studio Ghibli remains one of Japan’s greatest studios, and with the popularity of its characters comes a plethora of cosplayers bringing them to life. But just recently, one grandma has taken the Internet by storm for her cosplay, showing everyone that age doesn’t get in the way of honoring the stuff you love.

The video surfaced on TikTok from the user _nana82 who is also known as Edith Koci. The older lady has earned a following online due to her spot-on take of Studio Ghibli and its classics. Most often, the woman is seen cosplaying as Sophie from Howl’s Moving Castle after she has been aged up, and let’s just say that she brings the character to life unlike anyone else.

She’s so adorable!! from ghibli

Of course, anime fans are loving this lady’s cosplays, and social media at large is a fan. TikTok has already embraced the elderly woman as if she were a grandmother to all its users, and we got to admit she gives off that vibe. Hopefully she’ll pull off another amazing cosplay soon!