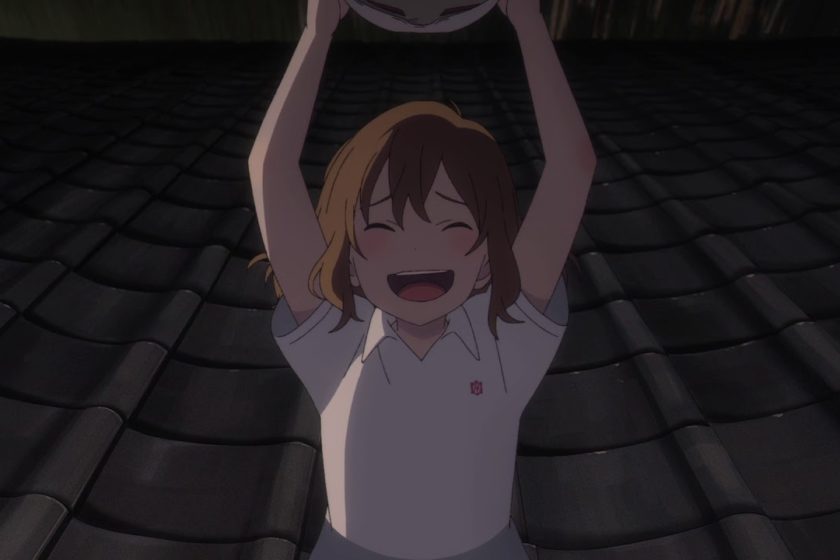 The staff of Studio Colorido’s second feature-length anime film A Whisker Away (Nakitai Watashi wa Neko o Kaburu or Wanting to Cry, I Pretend to Be a Cat) announced on Thursday that the film will debut exclusively on Netflix worldwide on June 18. The film was slated to open in Japan on June 5, but was delayed due to the new coronavirus disease (COVID-19) pandemic.

The staff also unveiled a new trailer and new stills for the film on Thursday.

The original story about finding one’s true self is set in Tokoname, Aichi and centers on Miyo “Muge” Sasaki. She is a peculiar second-year junior high student who has fallen in love with her classmate Kento Hinode. Muge resolutely pursues Hinode every day, but he takes no notice of her. Nevertheless, while carrying a secret she can tell no one, Muge continues to pursue Hinode. Muge discovers a magic mask that allows her to transform into a cat named Tarō. The magic lets Muge get close to Hinode, but eventually it may also make her unable to transform back to a human.

The “Neko o Kaburu” in the film’s title literally means “put on a cat,” but it typically functions as a figure of speech related to deception or pretending.