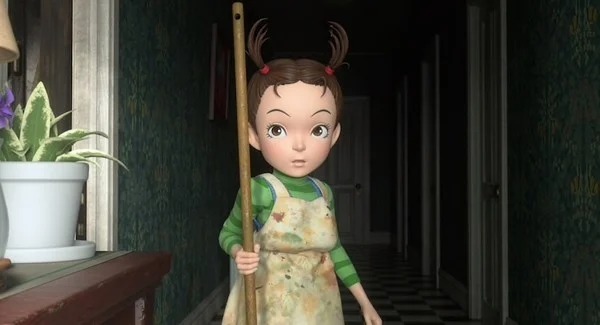 Studio Ghibli’s first CG feature Earwig and the Witch began screening and streaming last week, and the numbers on how it fared are finally out!

Box Office Mojo is listing that Earwig and the Witch, Goro Miyazaki’s anime adaptation of Diana Wynne Jones’ novel of the same name, ranked at #11 in the United States last weekend, earning US$99,941 for a total of US$132,768.

GKIDS and Fathom Events began screening the film in 430 theaters in the United States on February 3. The film is screening in Japanese with English subtitles and in English. HBO Max began streaming the film on February 5 in the U.S. The theatrical run qualifies the film for the Oscars.

GKIDS will release the film on digital platforms on March 23 and on Blu-ray Disc on April 6. The company’s home video releases will include a Blu-ray Disc and DVD combo version and a Steelbook limited edition. The releases will include behind-the-scenes interviews with director Goro Miyazaki, producer Toshio Suzuki, and Japanese cast and crew, as well as storyboards.