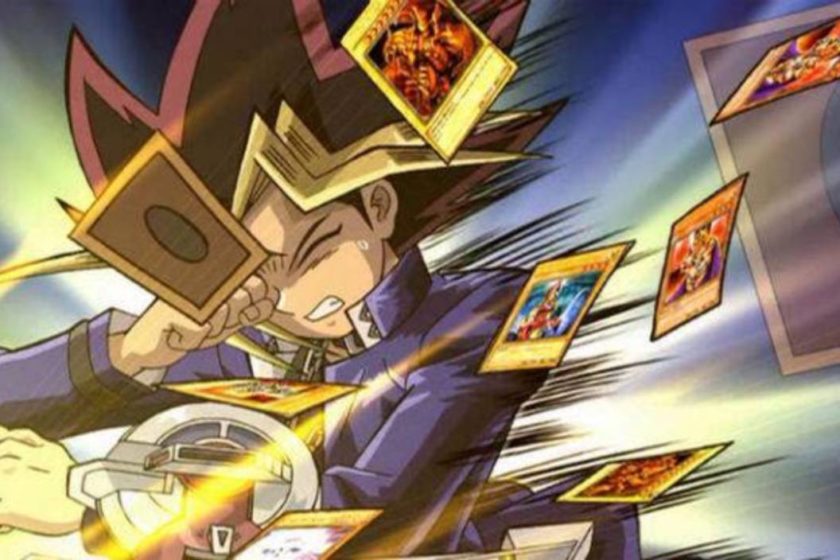 On July 16, manga artist Kazuki Takahashi, creator of the Yu-Gi-Oh! franchise, announced through his Instagram account that an art collection for the franchise is on its way to stores this fall. “The Yu-Gi-Oh! 20th Anniversary Monster Art Box will go on sale in November,” the 57-year-old Tokyo native posted. “There’s a ton of stuff in it, but the price is high too, which is unfortunate for the people who will buy, and the delivery people who will carry, the thick book, so a thank-you in advance to them!”

However, the kind sentiments Takahashi had for fans and industry workers didn’t extend to another demographic he talked about in the post: Japan’s politicians. Switching gears mid-post, Takahashi went on to say:

“The current administration really is betraying the country, and I’m worried about the future of Japan! It’s terrible!
Yami Yugi: ‘All duelists! Now is the time to be ready to vote for justice!’”

The artist’s call to action is in relation to the upcoming July 21 elections in Japan, which will decide the seats of 124 of the 245 members of the House of Councillors, the higher of Japan’s two legislative Diet houses.

Included in Takahashi’s post is a preview of the upcoming book’s cover, showing protagonist Yugi and series summon character mascots Dark Magician Girl and Dark Magician. Takahashi made a few modifications from the actual cover artwork, though, and Yugi is now holding cards that say “Let’s VOTE!” Dark Magician Girl’s speech bubble has her lamenting “Japan…has really become a difficult place to live…,” while Dark Magician meancingly declares“The future for despotic politicians is the Dark Dimension!”

In general, Japanese entertainment figures aren’t early as politically outspoken as their counterparts in man other countries, and Takahashi specifically calling out the current administration, led by Prime Minister Shinzo Abe, is an unusually bold move for such a prominent manga artist. The Instagram post itself garnered a number of supportive comments, such as:

“This was a brave thing to do, and you have my respect!”
“Wonderful.”
“I don’t think you’ve said anything that’s incorrect! Political expression like this is one of our freedoms. However, I wish you liked Japan a little more…”

The response wasn’t entirely positive, however, as other comments included:

“You’re saying the current administration is betraying us? OK, then who should be in charge instead? That’s something a person of your level of influence should say as well.”
“I’m in favor of the Abe administration and what they do for our country. Best of luck to you, Mr. Manga Artist who Betrays His Country.”
“Despotic politicians? Like the ones in North Korea and the one-party People’s Republic of China? Misusing the term like you do is disrespectful to people who actually are suffering under real despots…In Japan, citizens get to choose their leaders through elections. Calling a government elected by its citizens despotic? What kind of fantasy world are you living in?”

Still, apparently enough people were upset either by Takahashi’s overt political statement, or the fact that he framed it as also being the opinion of multiple Yu-Gi-Oh! characters, that the artist issued an apology, along with a picture of a soothing sunset.

“It seems I caused a commotion. I’ve considered the various points of view, and I deeply apologize to all of the series’ fans for having the characters make political statements.”

However, it’s worth noting that while Takahashi is apologizing for delivering his political opinions as though they were those of his characters, he’s not apologizing for his opinions themselves, nor has he taken down the politically charged Instagram post itself, which suggests he’s still hoping it has an effect on would-be voters when the elections are held this Sunday.