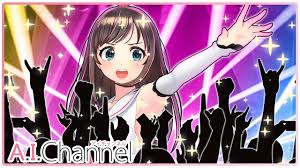 If there’s one thing 2018 will be remembered for, it would be the rise of Virtual Youtubers. Yes, we’re talking about the likes of Kizuna Ai, Kaguya Luna, YuNi and many, many more. These self-proclaimed Artificial Intelligence have expanded into the world of voice-acting, television, merchandise, and most recently, singing. (Think Vocaloid but even more organic sounding and a concrete personality)

Anyway, on New Years’ Eve, fans of these Virtual Youtubers were in for a treat: Count 0 Super Live 2018-2019, which was marketed as the concert for these fans that included an assortment of these colourful personalities. The event didn’t take place at a venue proper, but was instead a ticketed virtual event. The event began at 8 p.m. on December 31 and would run into the New Year. Viewers paid 5,890 yen (US$54) to watch on VR SPARC while YouTube streamed the content for free. Check out the trailer for it below!

Alas, it wasn’t meant to be, as just 20 minutes before the event was supposed to kick off, staff announced that the event was cancelled due to technical problems.

Needless to say, it was a huge blow to the fanbase, some of which had even spent as much as 70,000 yen (US$640) to get the Vive hardware and entry fee combo for the event. The VR Sparc Twitter account apologized and promised to contact customers about refunds. Web production company kayak sponsored the event and later posted an apology to both viewers and performers.