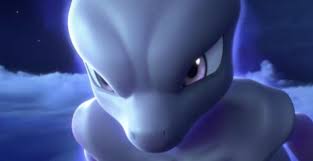 The official website for the Pokémon anime movies revealed a poster visual and trailer for Mew Two no Gyakushū Evolution, the 22nd film in the Pokémon franchise, on Tuesday. Both reveal that Kunihiko Yuyama is returning from other franchise installments to direct the film alongside Motonori Sakakibara (Final Fantasy: The Spirits Within, Rudolf the Black Cat). Takeshi Shudō (Pokemon: The First Movie) is writing the script.

The film will open in Japan on July 12, 2019. The film’s title is a reference to Pokemon: The First Movie, which opened in Japan in 1998 with the Japanese title is Pocket Monster: Mew Two no Gyakushū.

What do you think of the use of CGI in a Pokemon film? After all, we also have Detective Pikachu coming up this summer, too.