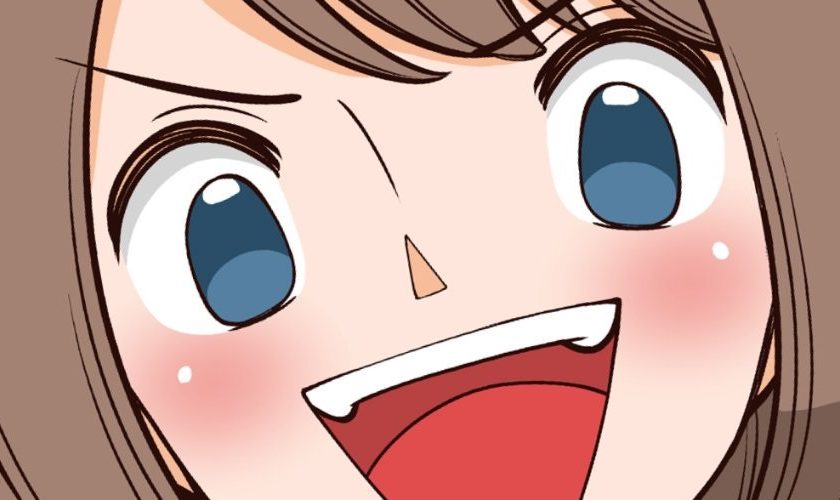 In the midst of the recent online debates, Tsuredure Children manga artist Toshiya Wakabayashi proposed an idea for a romcom: what if an otaku and a feminist who disagreed with each other online met in person and became attracted to each other, not realizing that they had just been arguing against other?

He first proposed the idea on Twitter on Tuesday, and on Thursday he posted a comic with that concept in two parts.

The comic depicts a long-haired boy (the feminist) and a short-haired girl (the otaku) looking at their phones while standing in a train. They are both annoyed at a controversy about a moe anime poster. The girl is annoyed at a feminist who is arguing that the poster design objectifies women, while the boy is annoyed that an otaku is arguing that it is freedom of speech without acknowledging the problematic element. They notice each other on the train, and the boy notices that the girl has an accessory of the moe anime girl who was the center of the controversy. When he utters the character’s name, she gets nervous, wondering if the boy will think she’s gross, but the boy says, “I watch anime too. It’s pretty normal. There’s no need to hide it. You can like what you want, and it has nothing to do with age or gender.” The girl is touched at the boy’s open-mindedness.

The boy then asks, “What do you like about that character?” The girl responds that he likes everything about her, and that she really respects her personality and how she chooses to wear a cute outfit because that’s what she likes. The boy responds that he totally understands. The two of them find themselves wondering what the other thinks about the poster controversy. The girl acknowledges that there are people who understand otaku hobbies but have reservations about putting out a sexualized poster for public consumption, and worries that she’ll get lumped in with the otaku who are misogynistic. Meanwhile, the boy is worried that he’ll get lumped in with the feminists who don’t approve of sexual expression, or who make antagonistic claims.

The train passes by a poster, and they both get flustered at the sight of it. The girl says she’s happy that the character she likes is out in public, but it’s embarrassing to see it out in the middle of the street. The boy agrees that it’s embarrassing because it’s a public place and all. The two of them glance at each other, and the story ends with the two of them realizing that they have a lot in common after all.

The four-panel Tsuredure Children manga is dedicated “to those of you who can’t say ‘I love you.'” The manga chronicles a series of short school romance stories in an omnibus format. Wakabayashi launched the manga online in October 2012, and then also began serializing it with new material in Weekly Shōnen Magazine in 2015. The manga inspired an anime that premiered in July 2017. In 2018, Wakabayashi launched the web manga Kanako’s Life as an Assassin on Twitter and via his pixivFANBOX account.