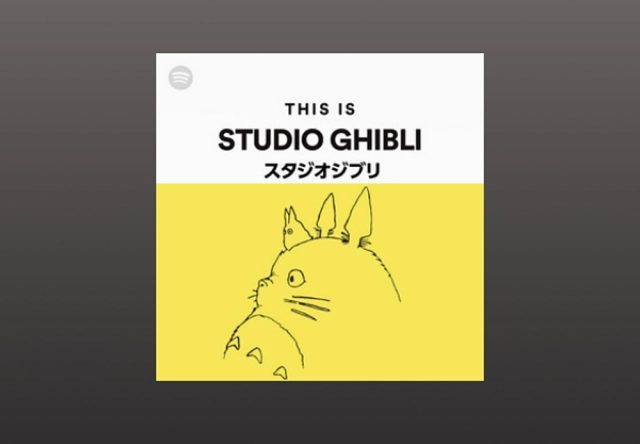 There’s nothing in the world of animation that looks quite like the beautiful visuals in a Studio Ghibli movie, and fans love going back to re-watch the visuals of their favorite scenes and sequences. But the films’ music is just as memorable, as anyone who’s ever caught themselves humming the theme to My Neighbor Totoro or Spirited Away knows.

So it was a sudden but extremely happy treat for us to learn that as of February 21, music from the collected films of Studio Ghibli is now available on music streaming subscription services Spotify, Apple Music, Amazon Music, Google Play Music, and YouTube Music. Don’t worry, either, because the famously luddite-leaning studio isn’t limiting the online selection to a handful of its greatest hits, either, as it’s made a whopping 38 albums available, comprised of 693 tracks.

So what are those 38 albums? To start with, the first 23 are the soundtracks for every Studio Ghibli movie ever made except Grave of the Fireflies (which the studio doesn’t control the rights to), plus French co-production The Red Turtle.

There’re also 14 image albums, with music inspired by some of Ghibli’s most popular films, and finally a double-sized collection of vocal songs from the studio’s movies.

Between this and Ghibli’s recent anime streaming agreements with Netflix and HBO, it looks like the studio is finally moving past its reluctance to digitally distribute its art, though you’ll still have to make an actual trip to the theater inside the Ghibli Museum in Tokyo if you want to see the Totoro mini-sequel or the latest thing Hayao Miyazaki has directed.