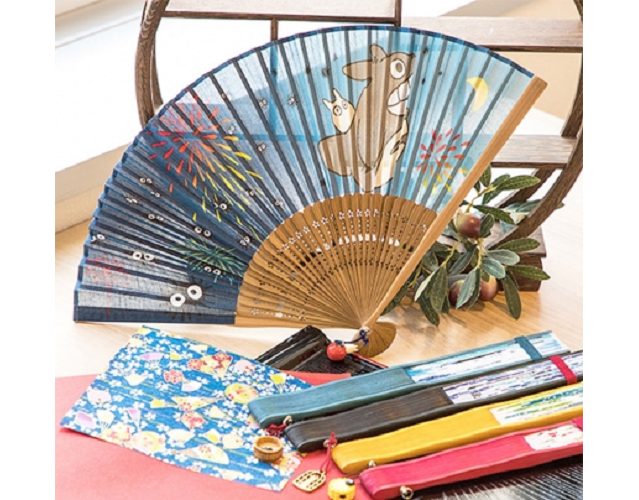 Studio Ghibli fans are in for a cool surprise this summer! Ghibli specialty shop Donguri Kyowakoku has unveiled a beautiful line of new products for you loyal fans, and they are none other than… fans! 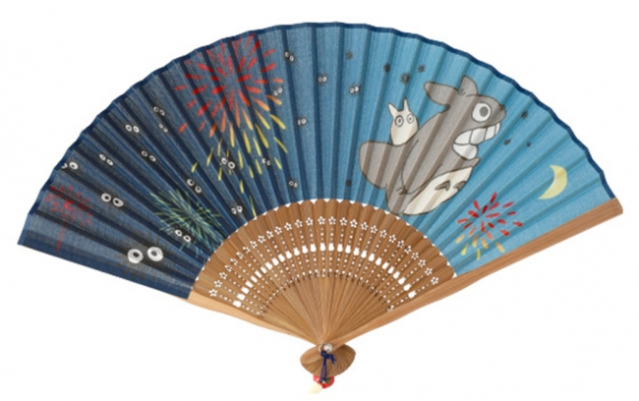 Totoro is front and center of not one but two designs. Above, the Dancing Firework pattern has the forest spirit soaring amongst the colorful fireworks that light up the skies of Japan during the summer, while the second fan, called Wasabi, has him roaring at some examples of Japan’s spiciest condiment. Or preparing to take a huge mouthful of them, depending on how you look at it. 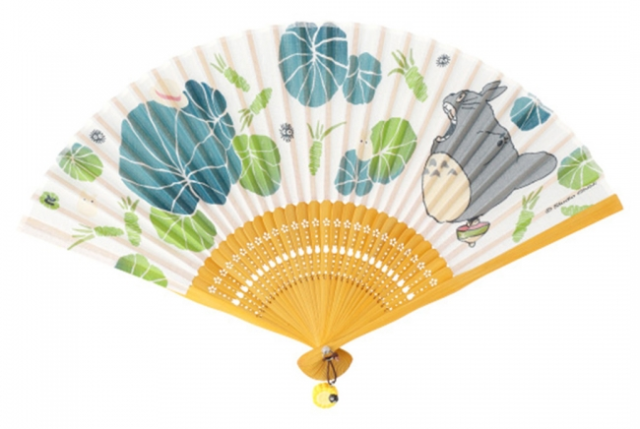 Besides the patterns on the cloth, there are other details to be found, such as the charms hanging from their base and cutout Totoro silhouettes in the bamboo frame. 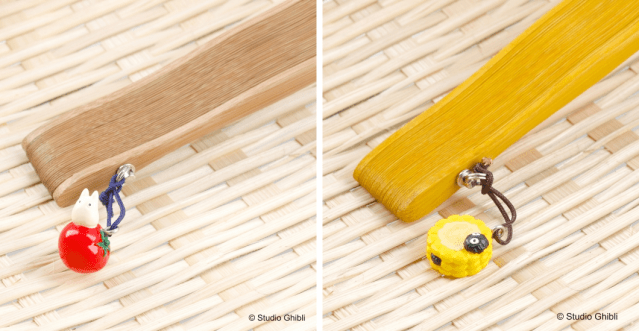 Spirited Away’s No-Face takes a trip to the sea to frolic in the cooling waves in this fan, with a few of his co-stars en route to join him. 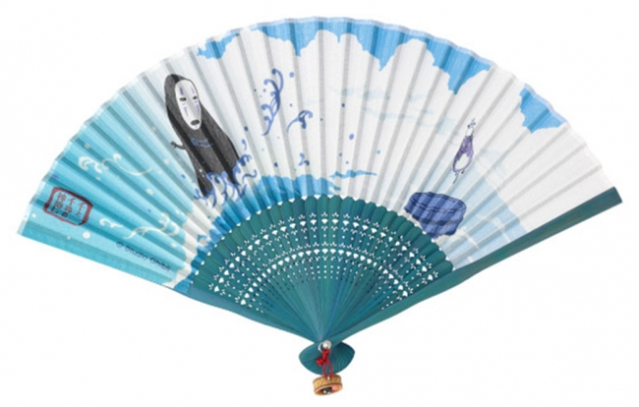 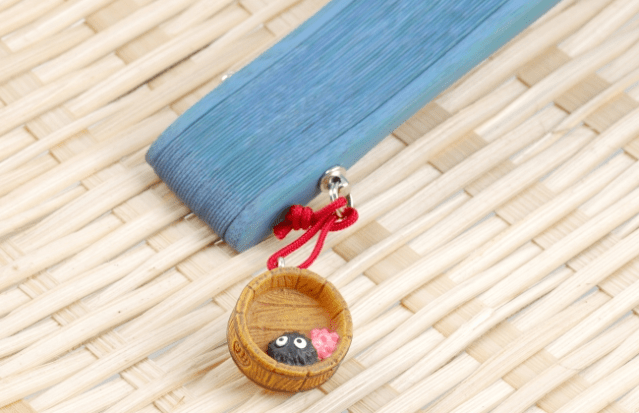 In addition to these folding fans (which are called sensu in Japanese), Totoro and No-Face also show up on traditional uchiwa straight fans, which feature different designs on each side! 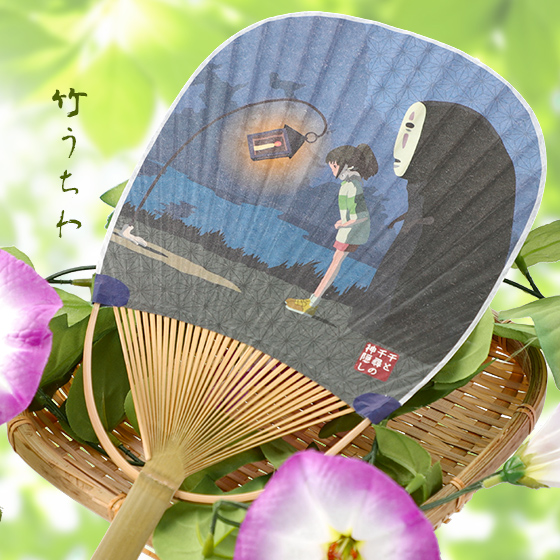 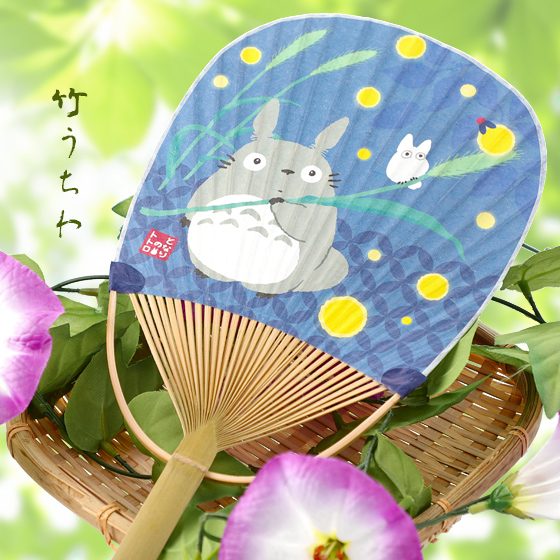 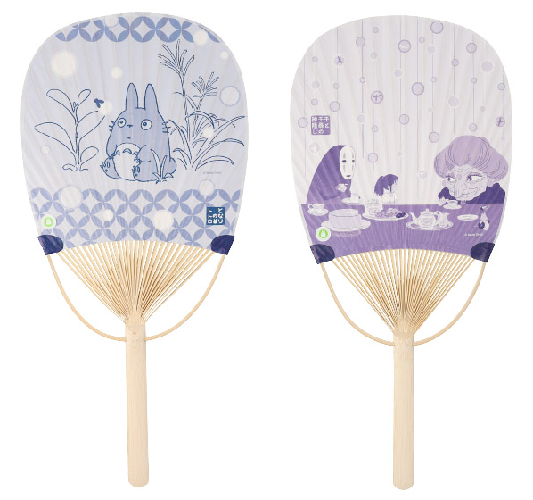 And if you’d like even more traditional Japanese accessories when stepping out, there’s also a pair of kinchaku, the cloth purses often paired with summer kimono, featuring fireworks Totoro and black cat Jiji from Kiki’s Delivery Service, priced at 1,800 yen each. 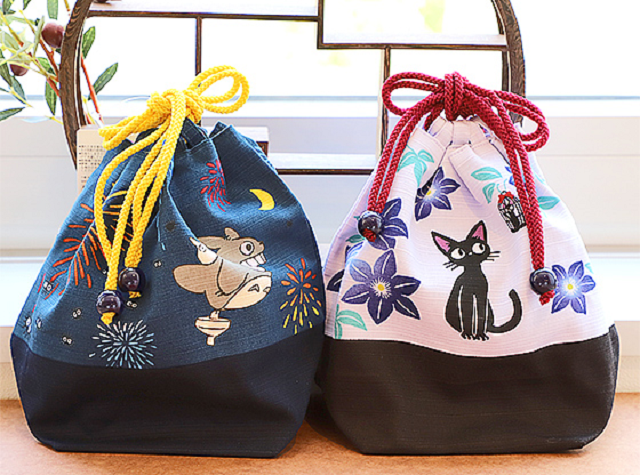 The entire lineup is offered at Donguri Kyowakoku branches as well as the chain’s online shop here.