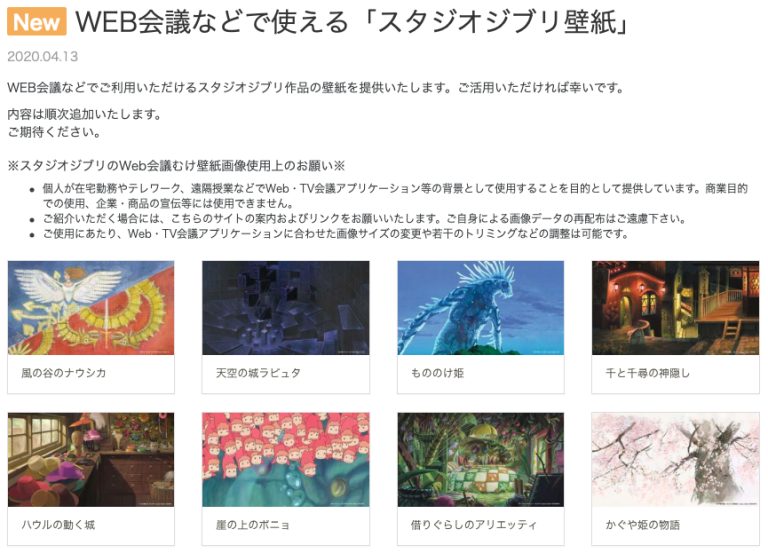 Studio Ghibli is known for staunchly sticking to old-school ways of distribution and keeping their films and associated artwork incredibly close to their chest. Recently, though, the revered animation studio surprised everyone by agreeing to stream a good chunk of their movies on Netflix, and now they’re surprising us again by announcing the release of a series of wallpapers, which are free to download online.

The move comes at a time when more people than ever are working from home as part of social distancing measures designed to help stop the spread of coronavirus. And according to Studio Ghibli, the new wallpapers are meant to be used as backgrounds for video conferences and chats, so you and the people who communicate with you can feel as if you’ve been whisked away to the magical world of Ghibli.

The eight wallpapers (pictured above) were released for download on 13 April and Studio Ghibli says they intend to add more wallpapers in future. While the wallpapers can be freely used for virtual chats, and can be resized or trimmed according to the sizing requirements for whatever video call app you’re using, they can’t be used as backgrounds by people advertising companies or products.

So head over to the official Ghibli site here to download the wallpapers and let us know which one you’ll be using for your next video conference call!