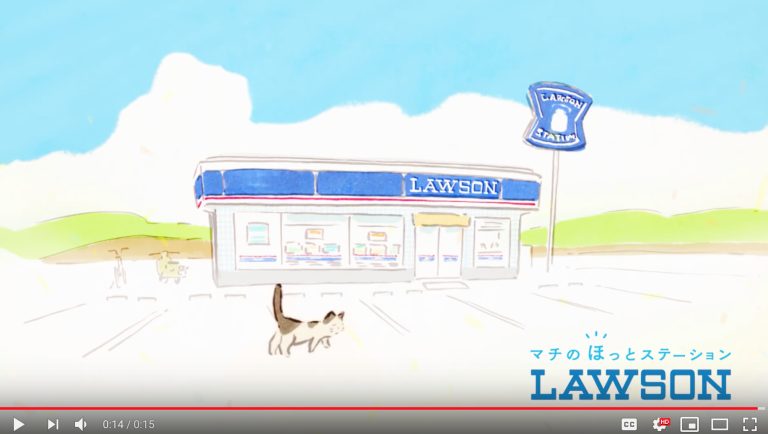 Studio Ghibli is one of Japan’s most well-known anime studios, famous around the world for producing beloved feature films with memorable storylines and characters.

In Japan, however, the animation studio produces works on a much smaller scale as well, with original shorts shown exclusively at the Ghibli Museum in Tokyo’s Mitaka, and commercials for brands aired on national television.

Now, Studio Ghibli is kicking off the New Year with a brand new commercial for local audiences, and it’s in honour of an equally well-known and beloved franchise: Japanese convenience store chain Lawson.

Take a look at the ad below:

While the new commercial may come as a surprise to many, this isn’t the first time for Lawson to receive a Ghibli-produced commercial. Back in 2001, the anime studio produced an ad for the convenience store chain to help promote Lawson’s tie-in merchandise campaign, which offered free goods for customers who used the store’s Loppi ticket machines to purchase tickets to the Ghibli feature film Spirited Away.

Check out the 2001 commercial below:

The latest commercial is said to be a continuation of the original, with child character Saki, who once bought her Ghibli tickets with her parents at Lawson, now all grown up and working at Lawson as a smiling member of their crew.

Saki isn’t the only one working at Lawson, as Osamu Tanabe, the animator who worked on design and composition for the commercial, works at Lawson part-time in real life. If the style of the animated commercial looks familiar, that’s because Tanabe worked on the character designs and animation for Ghibli’s 2013 movie The Tale of the Princess Kaguya.

Overseeing the animation and direction was Kunio Kato, who won the 2008 Academy Award for Best Animated Short Film with Tsumiki no Ie (“The House of Small Cubes”), which was titled La Maison en Petits Cubes for its international release. Kato, who says he took part after finding out Tanabe would be on board, wanted to recreate a scene from daily life that would connect with the viewer.

Thanks to some of the country’s most experienced anime industry pros, the short commercial for Lawson reminds us of everything we love about the convenience store chain, from its limited-edition goods to its coffee and hot food displays.

We also love the fact that they still sell tickets for Ghibli, even offering freebies for last year’s limited-time exhibition featuring a giant talking Yubaba from Spirited Away.