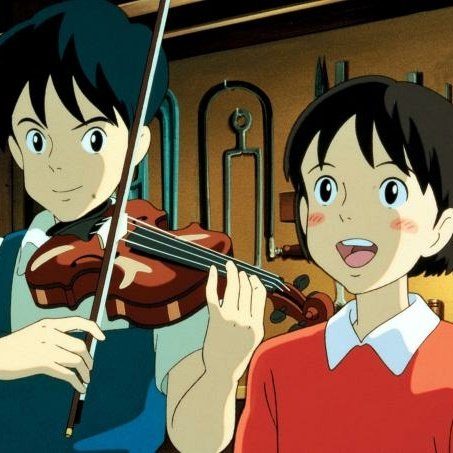 The new film’s story will be set 10 years after the original manga’s story. Now 24, Shizuku has given up her dream of being a novelist, but works hard every day to sell books as a children’s book editor at a publishing company. Meanwhile, Seiji is still following his dream abroad, even as the distance between him and Shizuku grows ever larger. The original manga inspired an anime film by Yoshifumi Kondō and Studio Ghibli in 1995. The story follows junior high school bookworm Shizuku as she has a chance encounter with a mysterious antique shop, and the boy Seiji Amasawa, the grandson of the shop’s owner. A novice violin maker, Seiji has also attracted Shizuku’s attention as she has noticed for a while that his name is written on the checkout cards of the books she borrows from the library. Seiji’s passion for violin-making inspires Shizuku to pursue her dream of writing a novel.

Another Ghibli anime, Ocean Waves, is based on a novel that also received a sequel novel and live-action television special sequel in 1995. Similarly, the Grave of the Fireflies and Kiki’s Delivery Service novels inspired both Ghibli anime films and live-action adaptations.