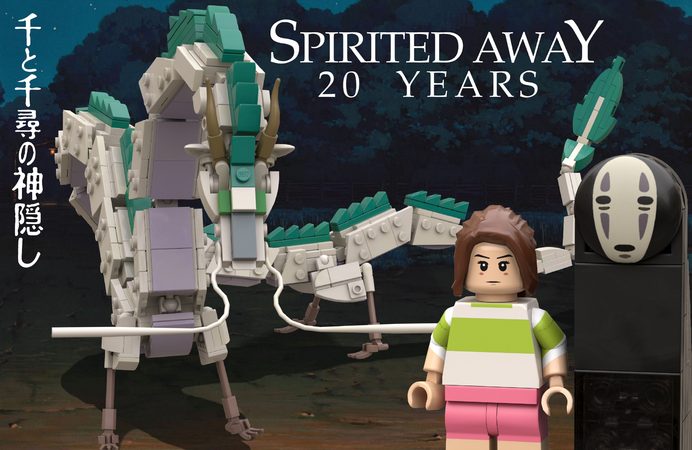 For almost two decades now, ‘Spirited Away’ has been considered the crowning achievement of Japanese animation house Studio Ghibli. This time, you could have a chance to recreate iconic scenes from the film with none other than Lego bricks!

Lego Ideas user Kaonashi- has submitted a Spirited Away Lego Ideas set for votes, which you can check out here. As of January 28, 2020, it had over 400 supporters and 423 days of voting left. If it reaches 10,000 votes, it will be reviewed by Lego’s own company experts and could end up becoming an actual set for you to bring home and assemble.

The Spirited Away Lego set consists of 3 minifigs: Chihiro, Haku, and No-face, along with a display stand based on the bridge to the bathhouse. But most importantly, it has an actual model of Haku’s dragon form in its entirety.

Here’s a full gallery looking at the Spirited Away Lego Ideas set. Amazing, isn’t it? You can feel the essence of the movie just from looking at these pictures. And even if you aren’t a Ghibli fan, being able to make a dragon out of Lego is more than enough of a selling point to many!

In any case, if this does become real, it will be the first ever Studio Ghibli Lego set to have ever been made. And from there, we can start a slippery slope of even more sets, like Totoro, Howl’s Moving Castle… so why not leave your vote now to show your support?