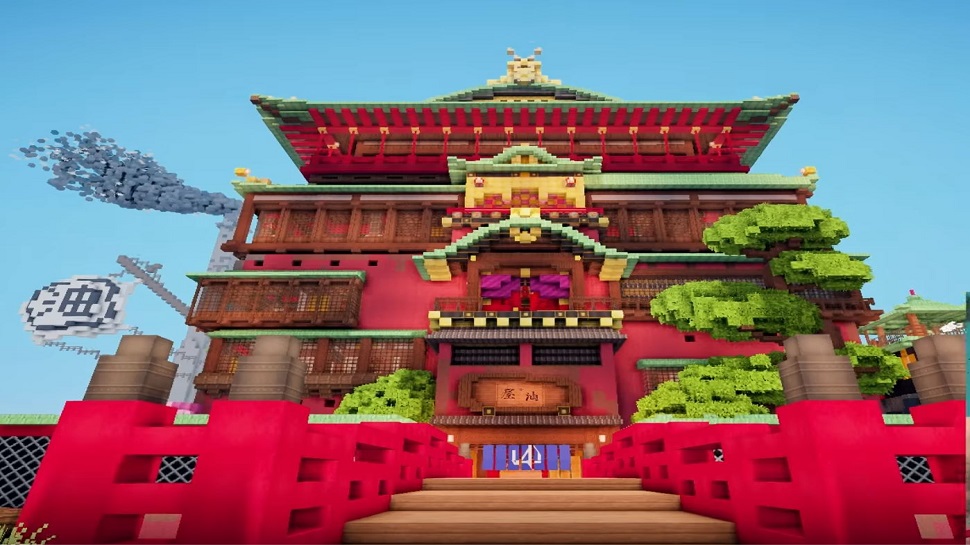 Since 1979’s The Castle of Cagliostro, Hayao Miyazaki has delighted audiences around the world with his imaginative vision and ability to create fully realized fictional worlds. And even among Miyazaki’s pantheon, few settings can rival Spirited Away‘s bathhouse. A microcosm of capitalist inequality, the bathhouse manages to engage not just the imagination, but the rational mind. It’s a perfect match, then, for one of the world’s foremost crossovers of creativity and rationality, Minecraft.

Thanks to Youtuber Alan Becker, you can experience the bathhouse and its surrounding areas in a completely new medium.

Alan Becker went above and beyond with this project, which he’s been working on for years. Not only is this the most realistic looking Minecraft server I’ve ever seen, but Becker put just as much detail into areas that might never be seen as he did into the main attractions. In the video, Becker explains that he went on dozens of Japanese house tours to mimic the Japanese style inside each home surrounding the bathhouse.

Like these houses, dozens of areas that appear only for a split second in the background of the film are completely finished and furnished. Becker even uses reflections in Chihiro’s parents’ car windows to make an educated guess as to what an area would look like. 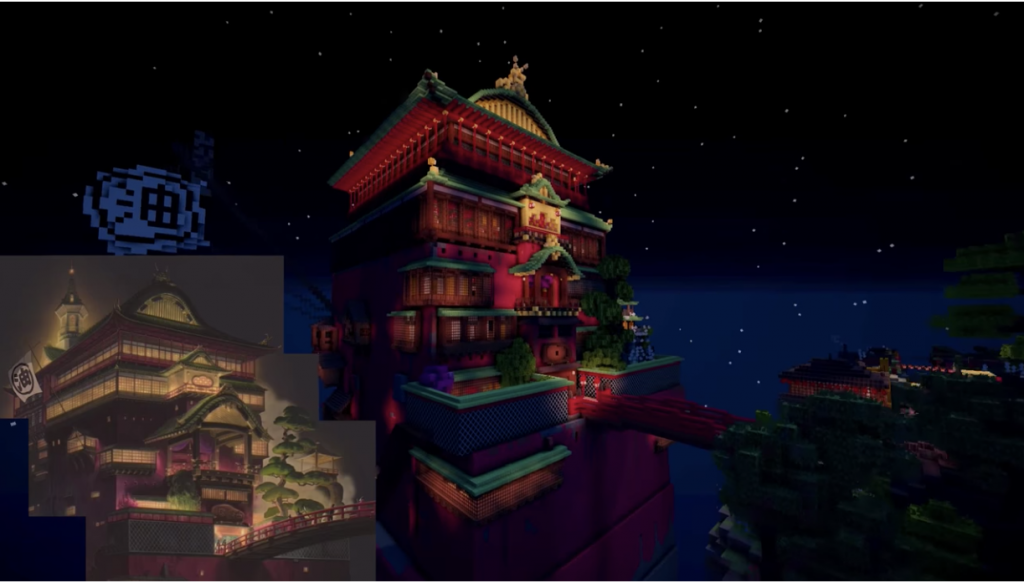 In the video, Becker takes us through the movie scene by scene, pointing out the locations of nearly everything onscreen. No Face may have eaten up most of the bathhouse, but Becker took note of everything. 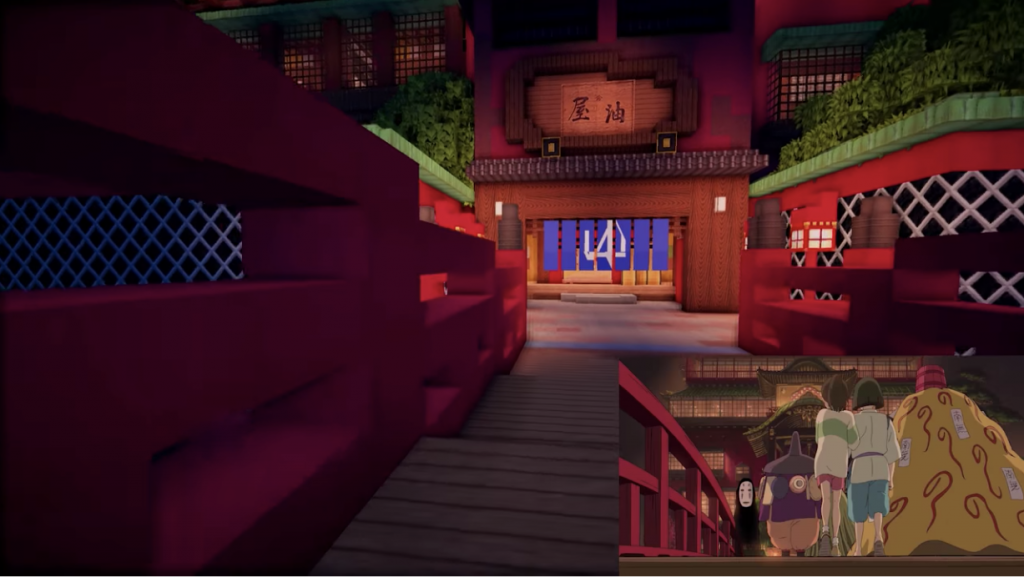 Let us know what you think of Becker’s creation in the comments below!