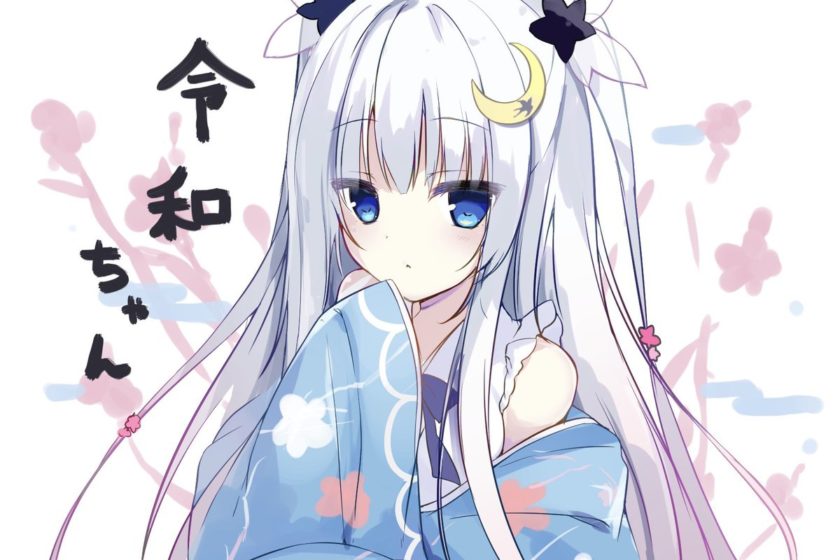 Japan’s Emperor Akihito will abdicate the throne and bring an end to the Heisei period on 30 April this year, and as part of formal preparations in the lead-up to this historic moment, the Japanese government announced on Monday that the new era will be named “Reiwa”, which translates to “Beautiful Harmony”.

Speaking to the press after the announcement was made, Prime Minister Abe revealed that the new era takes its name from a poem about plum blossoms in the Manyoshu, the oldest printed collection of Japanese poetry, which was compiled in the 8th century.

As the news broke around the country, and people discussed the implications of the new name, the nation’s artists wasted no time interpreting the title of the upcoming era in their own way: by anthropomorphising it into an anime character. I mean, we have antropomorphised ships, guns, genderbent King Arthur… you probably get it.

“Reiwa-chan”, as she is known by, began appearing online within hours of the announcement, showing how quickly the artists were able to transform the new name into a character, with plum blossoms becoming a feature in many of the designs. Another common feature seen in many of the illustrations was the Japanese kimono, which was a nod to both the country’s centuries-old practice of using era names, and the fact that the last kanji character in the new era can be traditionally read as “Japan”.

Oh, there’s even a “Reiwa-kun” if cute boys are more of your thing.

Despite being born into the public’s consciousness on the date of the announcement on 1 April, Reiwa won’t actually be personifying the era until 1 May, when the new era is officially set to begin. I wonder if we’ll see even more Reiwa-related art and all when the day finally comes.