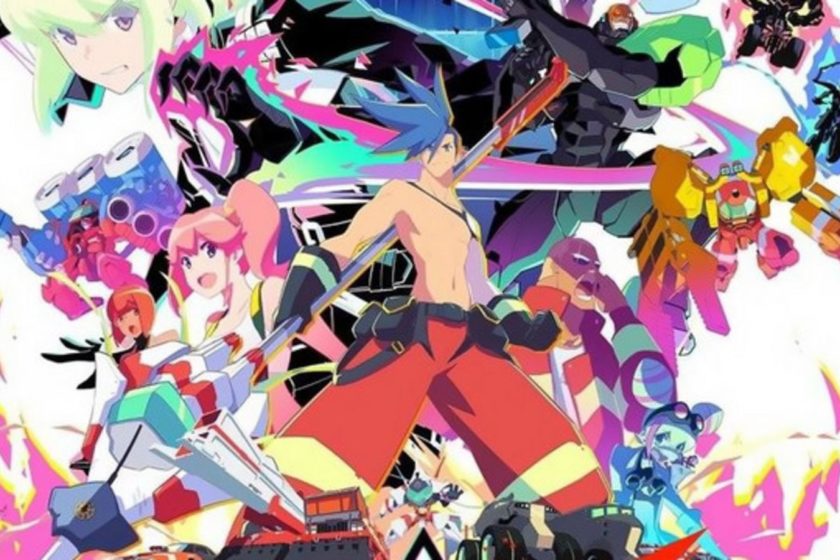 Anime Expo hosted the North American premiere of the film on July 5, and Otakon also screened the film in July.

NYAV Post is producing the English dub of the film. Trigger itself is supervising the dub, including making the casting choices.

Thirty years has passed since the appearance of Burnish, a race of flame-wielding mutant beings, who destroyed half of the world with fire. When a new group of aggressive mutants calling themselves “Mad Burnish” appears, the epic battle between Galo Thymos, a new member of the anti-Burnish rescue team “Burning Rescue,” and Lio Fotia, the leader of “Mad Burnish” begins.

The film opened in 200 theaters in Japan on May 24, and ranked at #8 in its opening weekend. The film has earned more than 1 billion yen (about US$9.4 million) as of Tuesday.

Director Hiroyuki Imaishi and scriptwriter Kazuki Nakashima teamed up again for the new project at Trigger. Trigger and Nakashima are credited with the original work. Shigeto Koyama was in charge of character design and mechanical design, and Sushio (Kill la Kill) was involved as an animator. Tomotaka Kubo (Mary and The Witch’s Flower) was the art director, and Saishi Ichiko was in charge of logo design. Hiroyuki Sawano (Attack on Titan, Kill la Kill) composed the music. SANZIGEN Animation Studio handled the 3DCG animation. XFlag is credited with production, and TOHO is distributing the film.