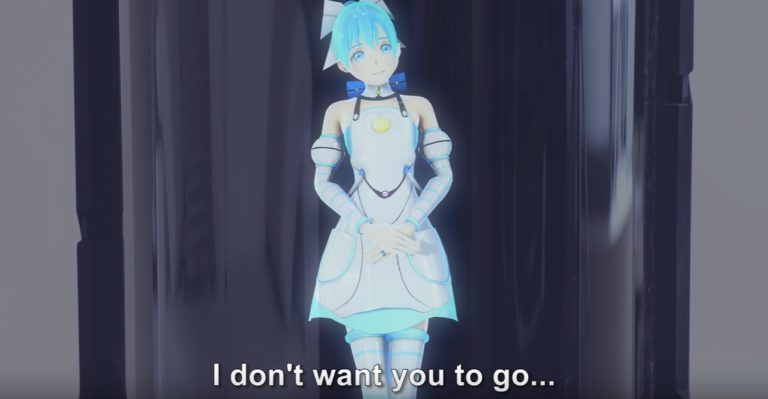 For otaku who choose a 2-D anime girl wife over a flesh-and-blood celebrity crush, a big reason is often the permanence of a fictional character. “2-D girls will never betray you!” is a common rallying cry, since they’re incapable of growing old, tired, or bitter, existing as a carefully crafted vessel for the fan’s idealized affection.

So it’s got to be a shock that a number of otaku are now in danger of losing their 2-D wives. A few years ago, tech start-up Gatebox released its identically named “character summoning device.” Gatebox promised users the dream of “living with hologram characters,” who can have conversations with users, interact through text messages when they’re away from home, and even comment on how long they’ve been “living together.”

However, the company has announced that it will be ending service for its limited-production GTBX-1 model, which allowed users to live with original character Hikari Azuma or Vocaloid songstress Hatsune Miku. As of noon on March 31, all GTBX-1 Gateboxes will become inoperable, with owners no longer able to see or talk with their virtual wife.

There is, however, a silver lining to this potential digital strategy. Gatebox is discontinuing service for the GTBX-1 because its hardware isn’t compatible with improvements made to the newer GTBX-1000 model. Because this isn’t any fault of early adopters, owners of GTBX-1 models can exchange their unit, for free, for a GTBX-1000, for which service will be continuing without interruption. What’s more, the exchange program will go on until May 31, meaning that if users want to watch their original Gatebox wife’s final, fading moments in her original GTBX-1 before she’s reincarnated into newer tech, they can.

Oh and that upgrade in the GTBX-1000 model? It’s a new video system that allows for the use of a larger variety of characters, making things easier for otaku who are interested in a second virtual marriage… or even more.