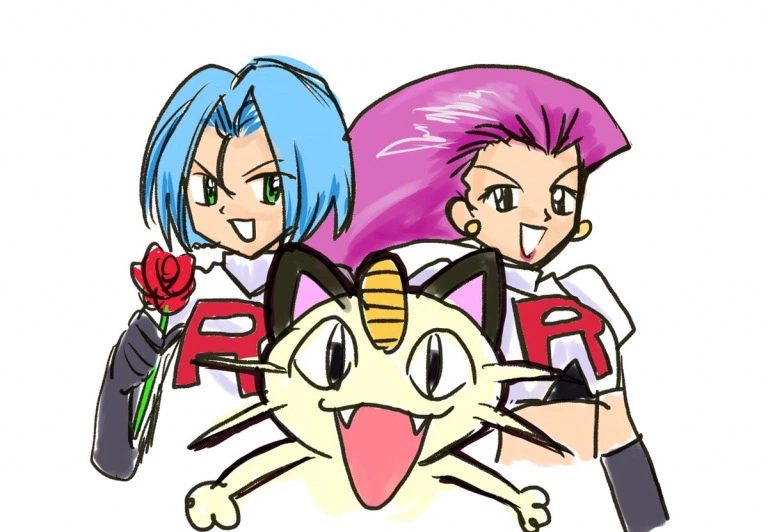 Last week an employee of China’s Guangzhou Central Sports Co., Ltd., a company that manages sporting events such as marathons and long-distance running competitions, made what reads like a pretty harmless post on the WeChat social media app. In the post, he professed his enduring love for some of the Pokémon franchise’s oldest, most famous characters, but it’s not human protagonist Ash or series mascot Pikachu that’s won his heart, but the roguish members of Team Rocket, the flamboyantly shadowy organization that routinely hatches plans to profit by underhanded means.

“I love Team Rocket! No matter how many people say they’re bad guys, I’ve loved them since I was a little kid. No matter how many times they fail, they get back up and keep chasing after their dreams, and seeing them do that gives me courage too. Thank you, Jessie, James, and Meowth.”

However, shortly after his declaration of Poké-devotion, Guangzhou Central Sports issued a statement of their own, apologizing for their employee posting “inappropriate content that adversely affects society.” This was accompanied by a photo of a signed letter of apology from the man himself, excerpts of which include:

“I apologize for causing a controversy and hurting everyone.”

“I love my mother country.”

“When I watched the parade commemorating our country’s founding, my hot tears overflowed.”

Granted, the members of Team Rocket are technically criminals (or, perhaps more accurately, attempted criminals, since their half-baked schemes only occasionally work), but are the antics of a couple of anime pseudo-villains, who deal pretty much exclusively in fictional commodities, really a threat to the stability of Chinese society?

It turns out there’s another wrinkle to the situation, though. In his initial post expressing his love for Team Rocket, the man also included two images. One was of Pokémon characters Jessie, James, and Meowth, but the other was a screen capture of an article about the recent controversy regarding the Chinese government and U.S. professional basketball team the Houston Rockets, which started when Rockets general manager Daryl Morey sent out a tweet expressing support for protesters in Hong Kong. That led to a local media boycott of last week’s exhibition game between the Los Angeles Lakers and Brooklyn Nets in China, as well as an apology from the U.S.-based National Basketball Association.

In Chinese the names of both Team Rocket and the basketball-playing Rockets are written the same way: 火箭队. “I wasn’t talking about the Houston Rockets,” the man’s signed apology says. “I was talking about Pokémon’s Team Rocket,” but the inclusion of the Houston Rockets article screen capture seems like a deliberate attempt to create a parallel between the two organizations. Whether that was an attempt at humor or a sly political statement is up for debate, and only time will tell if Hong Kong protesters will adopt Team Rocket as unofficial symbols of their resistance.