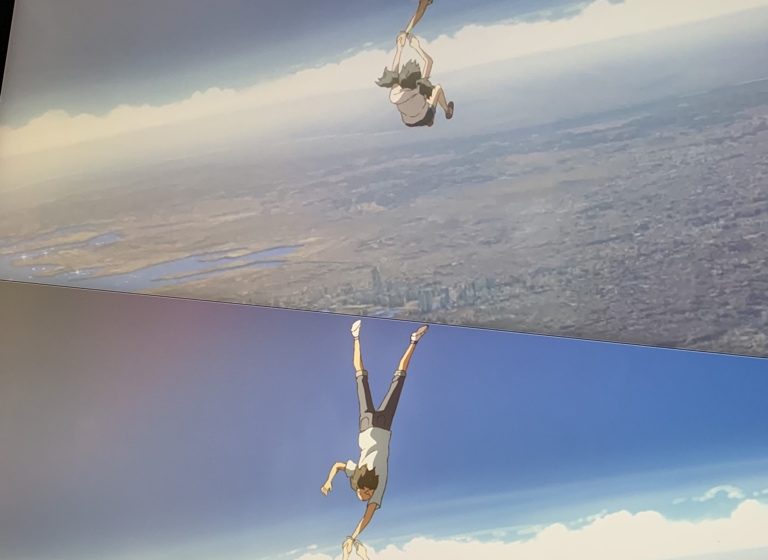 Weathering With You was released on Bluray and DVD in Japan on Wednesday, and to celebrate the occasion, director Makoto Shinkai shared some tidbits about the film on Twitter. In particular, Shinkai pointed out one major difference between the film’s theatrical release and its home video version: a cut from the original version of the climax scene set in the sky didn’t have a layer of clouds because Shinkai forgot about it.

He wrote: “Incidentally, most of the corrections in the DVD/BD are minor things that can hardly be noticed, but this might be the easiest change to appreciate. Above is the theatrical version, and below is the home video release. When I realized that I had forgotten to add a layer of clouds to the screen, my blood ran cold. But, well, looking back, the theatrical version was a valuable learning experience. Hahaha.”

The anime film originally opened in 359 theaters and 448 screens in Japan last July, and is now the #7 highest-earning domestic film of all time in Japan and was the highest-grossing film in Japan in 2019. The film has earned 14.02 billion yen (about US$129 million) in Japan as of December 8.