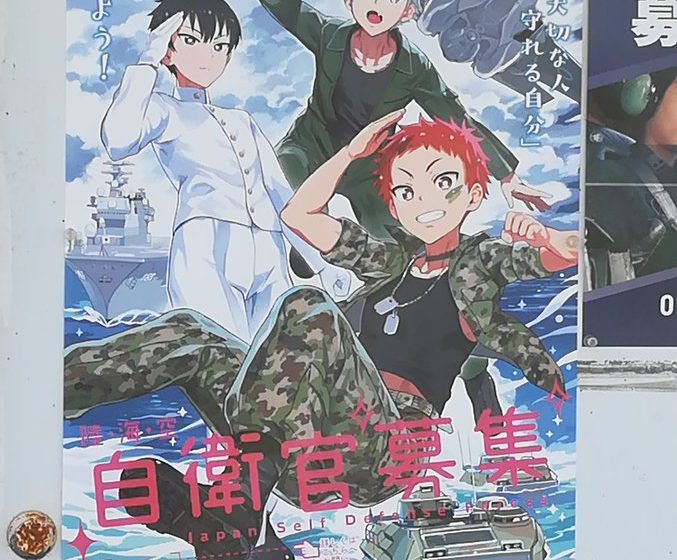 Various local branches of the Japanese military have tried different tactics to increase recruitment numbers over the years, including appealing to anime fans with female mascots. Ibaraki prefecture, the home of Oarai city and Girls und Panzer, debuted moe mascots in 2015 for all three branches of the armed forces.The Japan Self Defense Force’s (JSDF) Okayama Provincial Cooperation Office introduced female mascots in 2013 and saw a 20% application spike the following year. Both of those mascot campaigns focused on female characters but Ibaraki is changing it up for 2019. The office’s new recruitment posters feature male characters, although they are arguably still moe. Twitter user @X09_Customdoll shared a picture of the poster on April 2 and it has since been retweeted over 22,000 times and liked over 45,000 times. @X09_Customdoll’s post notes that the “bishōjo” (pretty girl) characters were switched out for shōta (young boy) characters. The official website for the Ibaraki office revealed the new posters on April 1. The new artwork was drawn by Erlikon, the same artist behind the last year’s posters.

Another Twitter user commented on @X09_Customdoll’s post showing an anime-style poster with artwork reminiscent of Fullmetal Alchemist creator Hiromu Arakawa. The user wrote that the poster was hanging at the Central Air Command Support Squadron Iruma Air Base in Sayama, Saitama on March 10.