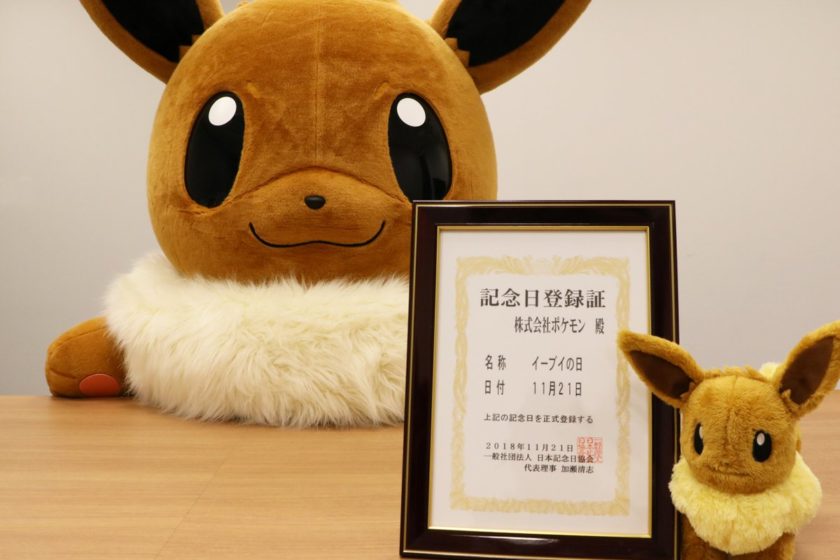 Pikachu has been getting quite the spotlight lately, with the new Let’s Go Pikachu game and the trailer for the live-action Detective Pikachu movie. But equally as charming is the brown cat-fox creature known as Eevee, which has also received its own version in the Let’s Go Pokemon games.

Anyway, a special branch from the Pokémon company has been going to great lengths in supporting Pikachu’s new buddy. Called Project Eevee, the team has even approached the Japan Anniversary Association to mark 21 November as the official day for Eevee. And guess what? It’s now official.

“Eevee Day has been confirmed by the Japan Anniversary Association! The play on the words Ee (11) vee (21) was originally thought up by fans for this very special day, and is now officially established thanks to everyone’s overwhelming support.”

Eevee’s name in Japanese is pronounced iibui, and since the i part sounds like the beginning of “ichi” (“one” in Japanese), Project Eevee surmised that the leading ii would refer to two ones, or 11 to be exact. As for the bu portion of bui, in Japanese it closely matches the fu in “futatsu” (“two” in Japanese). Hence, i-i-bu-i could mean 1-1-2-1, or “21 November.”

TL;DR – it’s a Japanese pun on Eevee’s name and their corresponding numbers.

So mark your calendars for November 21 next year if you’re a fan of this adorable brown critter!