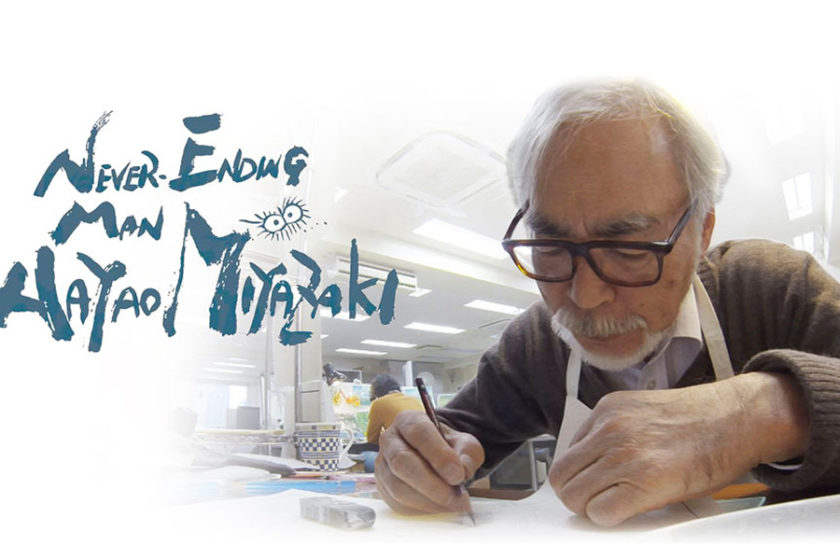 Most of us can only dream of working for Studio Ghibli, the world-famous anime company that produced hits like “My Neighbor Totoro” and “Spirited Away“, as the idea of rubbing shoulders with director and producer Hayao Miyazaki is but a mere fantasy for many.

Yet that dream can soon become reality should you meet the requirements for a recruitment advertisement recently posted by Studio Ghibli itself. Specifically, the company is looking for a few experienced digital painters who are well-versed in 2-D animation software OpenToonz or RETAS, and image-editing software Photoshop.

▼ The ad appears on the official Studio Ghibli site. 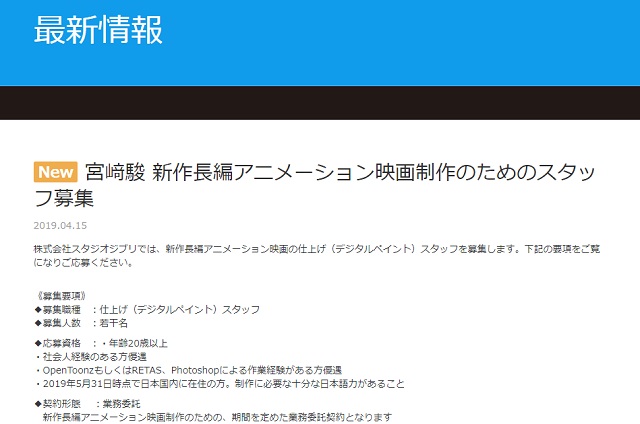 Considering that Studio Ghibli only requires applicants to be more than 20 years of age, be living in Japan by May 31, and have sufficient Japanese proficiency, it appears the animation giant is spreading a wide net to catch a lucky few.

Successful applicants are expected to work from Mondays to Fridays starting Oct 1 on a new anime film production, and will be paid upwards of 250,000 yen per month, with employment contracts set for at least 18 months. Best of all, they get to work in the Studio Ghibli headquarters with the legend Hayao Miyazaki himself.

Like the last Studio Ghibli application round, applicants will have to submit a resume and a cover letter in order to be considered for the position, but perhaps the most difficult part is the requirement for applicants to provide a list of broadcast animation works which they have worked on.

The application deadline closes on June 14, and though the advertisement says that successful candidates will be working on a “new anime film”, it’s safe to say this is probably going to be for “How Do You Live?“, Miyazaki’s 12th anime movie. So if you fancy immortalizing yourself in the upcoming Studio Ghibli film, why not give it a shot?