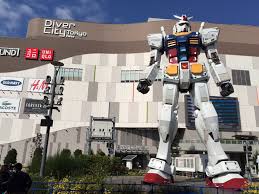 The Japan Aerospace Exploration Agency (JAXA) announced on Wednesday that it will be working together with the University of Tokyo to launch Gunpla models into space in 2020. The project is backed by the Tokyo Organizing Committee of the Olympic and Paralympic Games.

Staff at the University of Tokyo will develop an ultra-small “G-SATELLITE” equipped with a Gundam and Char’s Zaku to release into space from the International Space Station’s Japanese Experiment Module (JEM) between March and April 2020. After the satellite launches it will transmit a supportive message as it orbits Earth.

The G-Satellite will measure 10cm x 10cm x 30cm with a Gundam model mounted on top and a model of Char’s Zaku in the “cockpit” inside. Both Gunpla models are outfitted with special paint and materials that can withstand the harsh conditions of space. A message board will display greetings near the foot of the Gundam and its eyes will cycle through the five Olympic colors. The satellite will house seven cameras to capture footage of the Gunpla in action. The G-SATELLITE will arrive at JAXA this fall and a press conference is scheduled to take place in December. The press conference will outline more details about the upcoming satellite launch.

The G-SATELLITE is part of the larger “One Team Project” designed to invigorate the Tokyo 2020 Games with the cooperation of leading Japanese creators and innovators. The project began working with the creators of the Space Brothers manga in 2017 for the “Uchū kara Tokyo 2020-nen Yell!” (Yell for Tokyo 2020 from Space!) and a tie-in manga project.