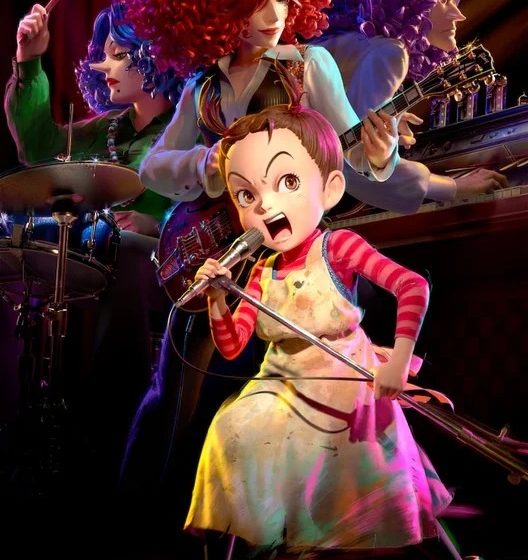 Last week was the opening of the Not-Big Ghibli Exhibition at the Aichi Prefectural Museum of Art, a modestly sized showing of design artwork related to the in-development Ghibli Park amusement park and upcoming Studio Ghibli anime Aya and the Witch. On Tuesday, Goro Miyazaki, son of Ghibli co-founder Hayao Miyazaki, stopped by the event to talk about his experience so far as director of Earwig, which is being titled Aya and the Witch for its Japanese release.

“Aya is a type of heroine we haven’t had in a Ghibli work up to this point,” said the younger Miyazaki, in describing the anime’s heroine. “She’s a strong girl who does all she can in order to live the life she wants.” The even bigger departure from the studio’s previous productions, though, is going to be the visuals. Aya and the Witch is going to be the first-ever all-CG Ghibli anime, and in the interest of breaking new ground, Goro revealed that he and his staff are seeking no advice from the Ghibli old guard, explaining:

“For this project, it’s full 3-D CG, and I was the only person at Ghibli who knew how to work in that style…The person who said ‘Let’s do this project’ was Hayao Miyazaki, and producer [Toshio] Suzuki agreed, saying, ‘Yeah, sounds good,’ but after that, the actual production was left to me. Since they left us alone, Aya and the Witch is being made by a young team, and I didn’t ask the old men for any advice.”

As alluded to in Goro’s comment, Hayao Miyazaki is a big fan of the Earwig and the Witch source material novel, having read the book by British children’s author Diana Wynne Jones no fewer than five times, but after greenlighting the project, the elder Miyazaki seems to have had no further involvement whatsoever. As for Goro’s prior knowledge of working with CG, he’s likely referring to his work on Ronia the Robber’s Daughter.

Goro seems happy to have been given the freedom to work without any of the Ghibli grandpas peering over his shoulder, saying “We had a test screening, and when it was done, the people who watched it had happy expressions on their faces. Aya is a girl who clears away feelings of constricting, stifling pressure, and this is an anime I hope people will watch,” and we’ll get a chance to do that sometime this winter when Aya and the Witch airs sometime this winter on Japanese broadcaster NHK.