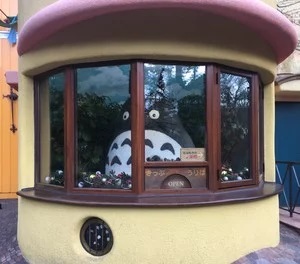 Many businesses and places have been affected by the ongoing pandemic, and Studio Ghibli’s Ghibli Museum in Mitaka, Tokyo is no exception.

The museum was forced to close temporarily last year from February 25 to July due to the first state of emergency declared in Japan, and temporarily again this year from April 25 to early June. But having to pay operating costs and repairs are unfortunately still inevitable even when footfall decreases.

As such, a crowdfunding drive was launched requesting a minimum 5,000 yen (US$45) in furusato nozei, which is a type of donation that can be made to businesses that have fallen on hard times that can then be claimed as credit against annual taxes. The campaign’s goal was set at 10 million yen (US$90,900), which is definitely a significant amount of money.

Fortunately, within just 24 hours the goal was not only met but surpassed, and as of writing over 23 million yen (US$210,023) has been raised by 2,986 Japanese residents! The excess will still be granted to the museum, and will definitely help it stay afloat through the pandemic.

It’s heartwarming to see the museum get such overwhelming support from the people, and with the campaign scheduled to run for several more months, it seems like the place will definitely be in good hands for the foreseeable future.