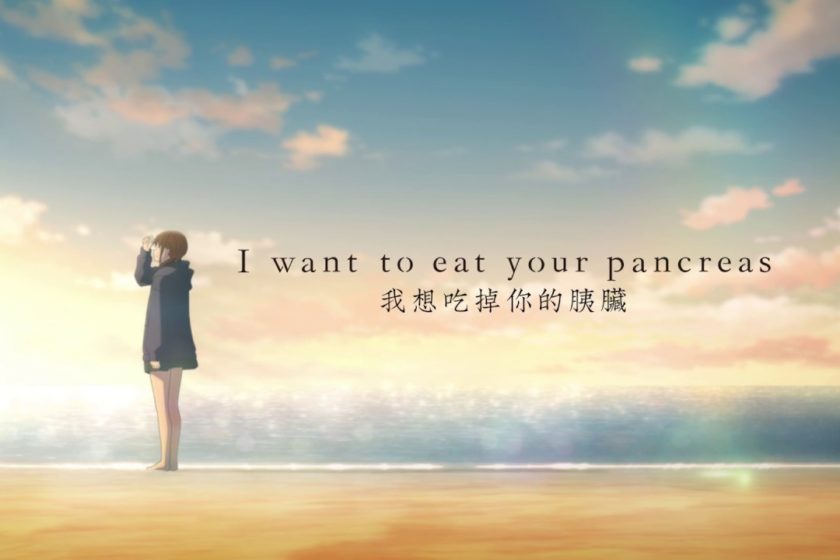 Anime film fans, heads-up: Encore Films just released a new Chinese- and English-subtitled trailer for the anime film of Yoru Sumino’s I want to eat your pancreas (Kimi no Suizō o Tabetai) novel on Tuesday. Encore Films will begin screening the film in Singapore on January 3.

The novel’s story is told from the perspective of an unnamed protagonist who happens to find a diary in a hospital one day. The diary belongs to his classmate, a girl named Sakura Yamauchi, who is revealed to be suffering from a terminal illness in her pancreas, and who only has a few months left to live. Sakura explains that the protagonist is the only person apart from her family who knows about her condition. The protagonist promises to keep Sakura’s secret. Despite their completely opposite personalities, the protagonist decides to be together with Sakura during her last few months.

Sumino began serializing the story on the Shōsetsu-ka ni Narō (“Let’s Become Novelists”) website in 2014. Futabasha published the novel in print in June 2015, with cover art by loundraw (Tsuki ga Kirei character designer). The novel and various related books have since reached more than 2 million copies in print.

The novel already inspired a live-action film starring Takumi Kitamura (DISH//) and Minami Hamabe, and the film premiered in Japan in July 2017. The live-action film played at the Busan International Film Festival in South Korea and in Malaysia and Singapore under the title Let Me Eat Your Pancreas. The film opened in Singapore in September 2017.

The novel also inspired Idumi Kirihara‘s manga adaptation, which launched in Futabasha‘s Monthly Actionmagazine in August 2016 and ended in May 2017. Futabasha published the manga’s second and final compiled book volume in June 2017.