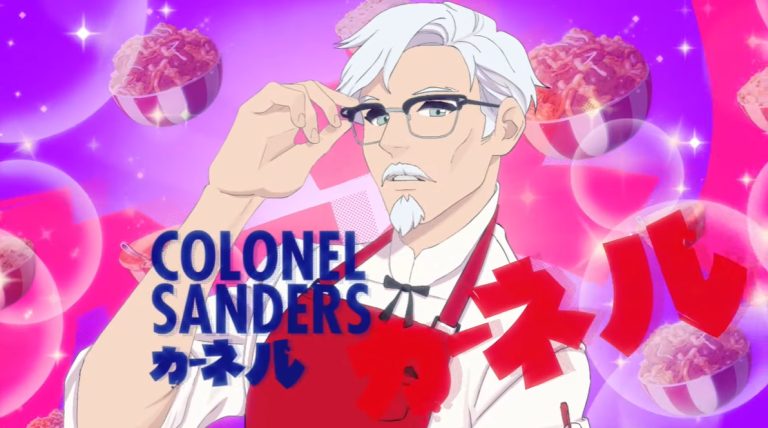 Have you ever wondered where your hard-earned money that you spent on fast food goes to? More specifically, the money you spent on fried chicken from the second largest fast food franchise in the world?

Feast your eyes on this lovingly produced teaser video for a dating simulator in which the main love interest is a hot and handsome culinary student…who also happens to be KFC founder and front man Colonel Sanders.

But here’s where things get really weird. I Love You, Colonel Sanders! A Finger Lickin’ Good Dating Simulator isn’t a video-only parody, nor is it an unofficial, cease-and-desist-order-inviting fan game like Pokémon Uranium. It’s a full-fledged, professionally produced game that’s actually being published by KFC!

Along the path to graduation, the developers are promising cooking battles, “battle battles” (no I don’t know what this is either), a potential romance with the Colonel, and multiple endings. Oh, and the game’s list of features also, naturally, includes “11 herbs and spices.”

Much like a batch of chicken that needs just a little more time in the deep fryer, I Love You, Colonel Sanders! isn’t quite ready for consumption yet. KFC says the game will be ready for download through Steam on September 24, though, so you’ll be able to satisfy your hunger for the Colonel soon enough.

Oddly enough, despite the obvious Japanese animation/video game influences on display (the teaser video is even filled with Japanese text), I Love You, Colonel Sanders! Steam page currently says the game will not have a Japanese-language mode, and is an English-only affair. Hopefully Psyop and KFC will add Japanese-language support somewher down the line, though, especially with Colonel Sanders being such a popular figure in Japan.