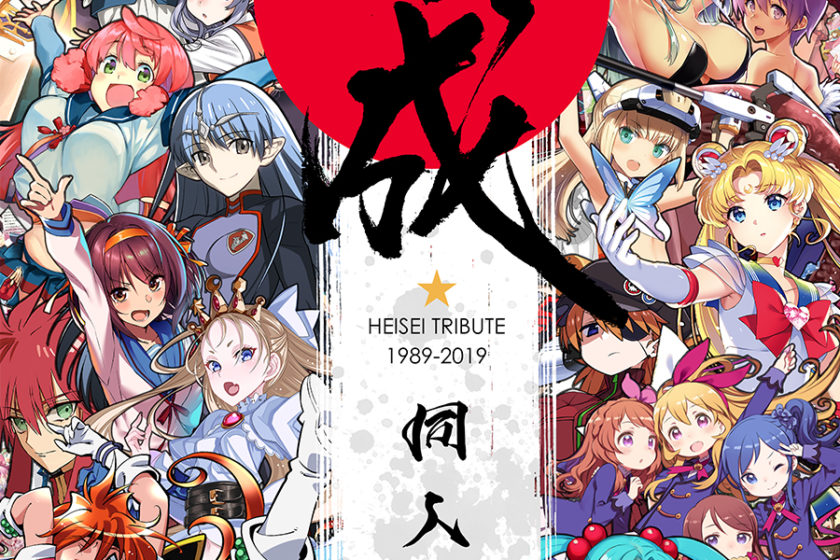 70 illustrators and doujinshi artists are collaborating on a large magazine to commemorate the ending of the Heisei era. What is the Heisei era, you may ask? Well, the Heisei era is the current period according to the traditional Japanese calendar, which is based on the reign period of the emperor. The Heisei period started on January 8, 1989, the day after the death of the Showa Emperor Hirohito, and is likely to end on April 30, 2019 (Heisei 31), the date which Emperor Akihito is expected to abdicate the Chrysanthemum Throne.

The 292-page anthology is called Heisei dōjin monogatari (Heisei dōjin story). It will be distributed on December 31, the third day of Comiket 95. Besides illustrations, it will feature a timeline of Comiket‘s history, discussions, and rankings of the most popular series represented at Comiket. A list of booths at Comiket where the magazine will be sold and the full list of artists represented is listed on the anthology’s website. Check it out! Have you spotted any of your favorite series/characters in the cover art?