As the timeless adage goes, “If it ain’t broke, don’t fix it.”

To draw numerous parallels between Makoto Shinkai’s Weathering with You and his previous blockbuster anime film, your name., is pretty much inevitable. Thew two films strike pretty similar beats – but that isn’t necessarily a bad thing in itself. I mean, Star Wars: The Force Awakens was pretty much a rehash of A New Hope and didn’t have as mixed of a reception than The Last Jedi, which definitely didn’t play it as safe by introducing lots of things into the mix. So it didn’t come as a surprise that Weathering with You, all in all, was a movie that stuck to many things that made Shinkai-san’s previous film such a hit: amazing character designs, environmental visuals, and one banger of a soundtrack featuring RADWIMPS(which, by the way, is available now on Spotify).

However, if you look carefully at all the aforementioned things, you would have realised that they are mostly supplementary stuff that serve to enhance a movie, rather than its essence: that is, the story itself and its characters. So how do I feel about this? Well, to sum things up, if you’ve seen your name. before, this movie feels predictable. Like I said before, Shinkai’s clearly sticking to what worked in his previous film, but I can’t help but feel a little disappointed by that. It is a great movie, for sure, but it did not stand out as much as your name. did.

Weathering With You follows high school student Hodaka Morishima as he escapes from his hometown to the bustling Tokyo, where it never seems to stop raining. From there we see him trying his best to find a job, only to turn up bust and end up working for Suga Keisuke, a man he met on the boat ride over to Tokyo, as a reporter for urban legends. Through this job, he ends up befriending a young orphaned girl named Hina Amano, who turns out to be the rumored “Sunshine Girl” Hodaka happens to be researching on.

After a series of chance encounters, the pair quickly befriend and, unsurprisingly, start falling for each other. I mean, this is a Makoto Shinkai film. As the film progresses, we see Hina is called the Sunshine Girl as she has the ability to stop the seemingly endless rain and bring in sunlight to Tokyo. Though of course, with great power comes great responsibility (and cost), and the pair soon discovers that the price for Hina’s abilities is, unfortunately, one that is painfully steep. As a psychic early on in the movie states rather cryptically, there won’t be a happy ending for our Sunshine Girl.

Just like in your name.,Weathering With You blends multiple elements of traditional Shinto beliefs, as evident in the latter with the many ‘Teru Teru Bozu’ dolls that appear throughout the film. Hina’s cute younger brother, Nagi, even dresses up as one during her Sunshine Girl Rituals! ‘Teru Teru Bozu’ literally translates to “Sunshine Sunshine Buddhist Monk”, and its a small doll often made out of white paper or cloth that is hung on one’s window as a talisman to bring good weather. 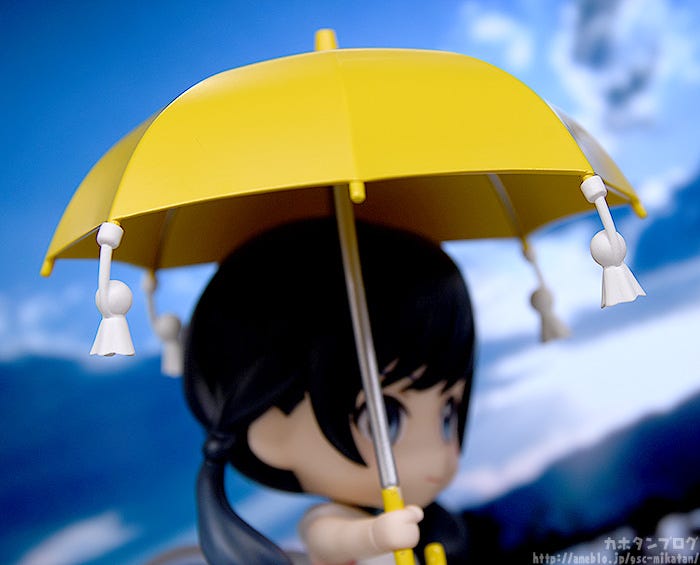 What sets Shinkai’s works apart from other Japanese anime films is how well he weaves these Shinto elements with more modern (and sometimes sci-fi) characteristics, as well as how he chooses to deal with the themes explored in the film. Weathering With You delves deep into the ways humans perceive and tackle climate change, be it by ignoring it, or by trying their best to make a difference.  As he previously stated in an interview:

“Climate change is a large-scale phenomenon with an unimaginable scope, but there’s not much a person can do about it on an individual level. Even so, my actions as a single person have a definite effect on the environment. It may feel like something that’s out of your realm of responsibility, but it absolutely isn’t. I made the film while thinking about how to deal with that problem through the framework of entertainment.”

A central plot device used in the film is the weather in Tokyo. Over the course of the film, numerous residents in Tokyo seek out Hina and her power for help in praying for sunshine for important events of their lives such as a wedding, or a street bazaar. The film also makes several mentions as to how the presence of sunshine positively affects people’s moods.

Hina’s ability to bring sunshine whenever she prays hard for it is a clear parallel to show that humans do have the power to make a difference which respects to climate change, as long as they actually put in the effort to do something about it. Unfortunately, much like how it is never truly that easy to deal with climate change in the real world, Hina struggles with her abilities too, and ends up having to choose between saving Tokyo, or her relationship with Hodaka.

It is at this point in the film that the central conflict in the film becomes clear: should one do what is best for society, or do what is best for your own happiness at the expense of everyone else? Taking into account the ages of our two lead characters, we suppose that we can understand the decisions that they ultimately chose to make, though it is still an incredibly selfish one, with little thought given to the consequences their actions will incur. But just like your name., I suppose the theme of the main couple overcoming adversity to preserve their relationship is repeated here. And it’s a very painfully human thing to prioritize your loved ones above many things–maybe even over everything else–and for two young teenagers placed in such a corundum, the choice they’re inclined towards is perhaps one that, deep in our hearts, we’d pick too.

That aside, by the time the movie’s credits roll over, there are still some plot points left dangling, such as where exactly a certain handgun came from, what exactly the mysterious rain fishes all over Tokyo were, the strange emphasis on Suga Keisuke’s wedding ring and his late wife (I have a theory that she was also a Sunshine Girl who chose to sacrifice herself for Tokyo), and Hodaka’s actual reason for running away to Tokyo. The last point, in particular, was one that Shinkai should have addressed, as it would have served as an excellent way to flesh out Hodaka as a character more. your name.’s strength came in creating two very likable main characters (who make a cameo in this film by the way!), but I cannot say the same this time, especially when it comes to Hodaka who didn’t have much else to make up for his poor traits of selfishness and impulsiveness. Hina, on the other hand, was pretty similar to Mitsuha in the fact that they were both damsels in distress, but I do appreciate how mature and thoughtful Hina was. 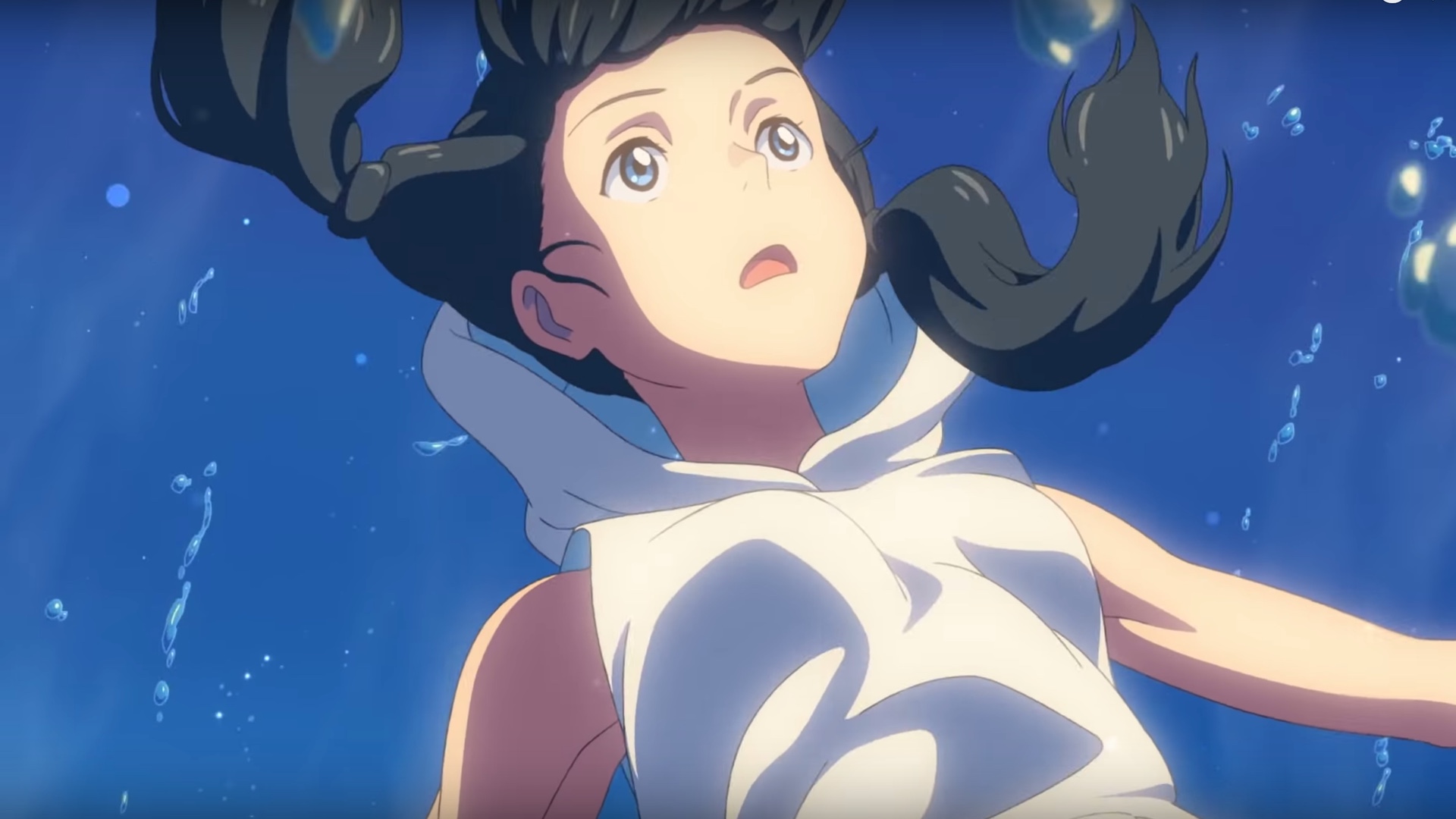 Despite its flaws, Weathering With You still is very much worth watching. With his stunning animations and amazing ability to weave traditional Japanese religion flawlessly with modern elements in his film, Weathering With You is a definite must-watch for any fans of anime and Shinkai’s works. And even if you don’t fall under those categories, the movie is still a treat for the eyes and ears, with amazing visuals and music throughout. Perhaps the biggest hurdle Weathering With You had to overcome is the fact that it is the immediate follow-up to the immensely successful your name., but even so, this movie is still excellent in its own right. Hopefully Shinkai’s next film, whenever it comes out, will combine the best of the two.

And yes, like in his previous films, we have train scenes. Choo choo. 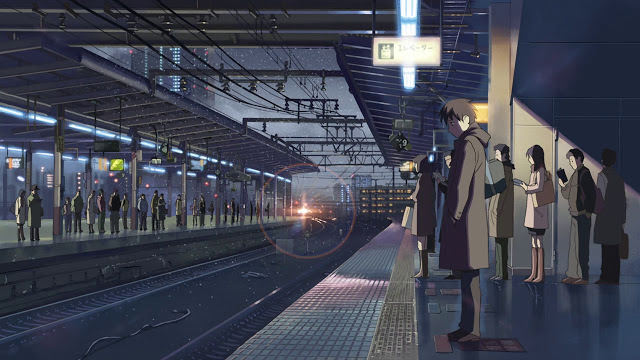